by The Collected Mutineer *Flashback to spring 2014—imagine a young Mutineer, contemplating her first cosplay. But where to […] 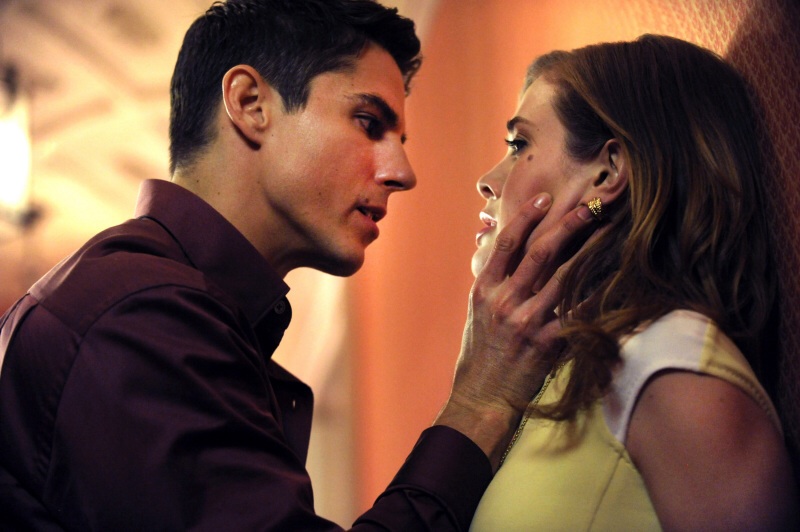 Last night, we were treated (inflicted with?) to a backdoor pilot for a spin-off series of Supernatural, the oh so cleverly titled Supernatural: Bloodlines.

In the words of my wise cohort:

Who are these people? Nobody cares. -the Collectiva Diva

I found myself firmly in the realm of not caring, just like the Diva and our own Moosefriend. I paid more attention to the very important discussion I was having on Twitter re: JarPad’s hair than the show. Even now, I feel no desire to rewatch the episode; I’m indifferent, and here’s why:

Do I need to say that I won’t be watching this show? I love SPN and the boys, but “Bloodlines” annihilated the possibility of me enjoying this spin off because of pure, unadulterated boredom. So, instead here are 10 better alternatives that the Collective bloggers came up with last night:

Try and tell me you wouldn’t watch that show, and I’ll call you a liar. Here are three good reasons why this should happen. One, we know and care about Charlie, meaning that the all important emotional connection to the audience is already present. Two, Felicia Day has the talent and onscreen presence to carry a show as its lead character (seen “The Guild?” If not, you should). Three, it’s a new side of the supernatural (see what I did there?) that we haven’t seen yet, and after 9 years, that’s kinda important.

Okay, so this one I came up with mostly because I miss seeing Osric Chau’s face on my tv weekly, but I stand by my idea. Momma Tran is a bad ass, and Kevin is smart…even if he is dead. And we already care about these characters, the Winchesters care about them, and I think that a ghost teenager and his fierce mom are infinitely more interesting than a monster mafia.

END_OF_DOCUMENT_TOKEN_TO_BE_REPLACED

Episode 09×14 AKA The one with Kevin Tran

It’s Winchester Wednesday! I, for one (again, not the Collectress, surprise!) have missed the boys and am glad to have Team Free Will well represented in this episode, if not all together as of yet. We also get the beginnings of a new Winchester dynamic (#betterbrotherbond anyone?), a Cas storyline and (spoilers) to say a proper goodbye to Kevin Tran.

The bunker is haunted. Lights flicker, the coffee machine goes wonky, and the boys figure that the bunker must be haunted by someone who recently died inside the walls. Yup. It’s Kevin Tran. The ex-prophet of the Lord is noveau dead and so it takes him a while to figure out how to manifest for Sam and Dean. He finally shows himself as Dean is in one of his self-loathing monologues, voicing what we all are thinking, which is to say the Dean Winchester, pity party of one is getting old. Kevin informs the boys that Heaven is closed, as in, no new spirits are allowed through the gates. He, along with a line of ghosts that rivals the DMV times infinity, are stuck in the Veil until further notice. Kevin reveals that he heard through the ghost-grapevine that his mom is still alive and implores the Winchesters to find her. The boys head to Wichita, Kansas to find a ghost named “Candy”, who claims to have been locked away with Linda Tran in a public storage, one the boys easily find and infiltrate.

END_OF_DOCUMENT_TOKEN_TO_BE_REPLACED

The boys are together again. Sort of. It’s all business, but no family, so the family business is just business. Whatever. I don’t like it when mah boys are fighting. So without any further ado, let’s see if they worked it out last night.

The plot for this MotW episode was fairly simple. The episode lights up on two men in a hot dog eating contest in a small town in Minnesota. The winner, a 300+ lb man, is murdered in the parking lot after contest by having all the fat completely sucked out of his body. His weight in the autopsy? 90 lbs. Sounds like a case for the Winchesters.

After questioning local law enforcement, there is a useless side plot about the life of the man who came in second place at the eating contest. Buuut, Dean eats a doughnut.

I have never wanted to be a round breakfast food before, but now it’s on my bucket list.

A second murder happens in a gym in the town. A young woman, who is the only one at the gym late at night, is sucked free of all her weight. At this point, I didn’t know what to think of the monster. It reminded me of The Mummy‘s Imhotep sucking dry the ignorant American archaeologists, and a little bit of the Adipose from Doctor Who. But grosser. Way grosser.

Clues of various sorts lead them to the Canyon Valley Wellness Spa, where you’re guaranteed to lose all the weight you want in a week.