You know what I miss? The good old days when True Blood was not only on the air, […]

It’s done. It’s over. True Blood is no more. My previous rant on the characterization of Sookie has pretty much summed up my feelings on the final season of the vampire soap opera, so here is where the finale has left our beloved citizens of Bon Temps.

Is it cold of me to list statistics for an ensemble cast and not give you the closure that the characters deserve? Probably, but don’t blame me. The list above are the characters who didn’t appear or appeared in short duration in Sunday’s finale episode.

Sorry, secondary characters, you met the True Death before the show did.

So what about those characters who did appear in last night’s episode? Did they get satisfactory endings?

END_OF_DOCUMENT_TOKEN_TO_BE_REPLACED

I beg your forgiveness, Collectors. I’ve been remiss in my updates on the final season of True Blood. We bloggers took a break, and then there was GISHWHES, but, truthfully, I’ve found myself without things to say about the middle episodes of the seventh season.

The finale approaches, and while I had hoped to see one of my favorite shows be efficiently and logically wrapped up in precise and poignant writing, it seems that it’s not meant to be. This is not to say, however, that there are not things that I like about this season. I love that LaFayette has a new love interest. I like the references to story lines in earlier seasons that were never wrapped up, like Jason’s issues with Hoyt or Jessica’s binge-eating of Andy’s fairy daughters. There are some things that are blatantly ignored (like all of season 5, for example), but on the whole the writers have done an admirable job of letting characters deal with their past mistakes.

And then there’s Sookie.

END_OF_DOCUMENT_TOKEN_TO_BE_REPLACED

We are one week closer to the end, and that means that the episodes are becoming increasingly difficult to watch. This week’s episode “Death Is Not the End” has been my favorite of season 7 so far. Here are a few highlights from the episode:

Sookie Stands Up For Herself

At the end of season 4, we had a Sookie who chose neither Vampire Bill or Sexy Undead Viking Eric because she wanted to be independent and stand on her own two feet. In the two seasons that followed, Sookie’s character development took an interesting turn with the Warlow incident. The inclusion of Alcide as a serious love interest was abrupt, and even more abrupt was his onscreen death. His death, however, has put Sookie in a tough place: she is saddened by Alcide’s death (as her phone call with his father shows), but she is also committed to saving her friends.

So when Jason begins to break down after witnessing the death of both Maxine Fortenberry and Alcide, Sookie tells her brother to get it together because he can’t afford to waste time crying. He’s the law now, she tells him, and he needs to act like it. They both need to be okay, because if they’re not, what will happen to their friends? To Arlene and Nicole? Sookie is on a rescue mission, but who is going to be saved? Her friends? Her own peace of mind?

When Sookie visits the recently-rescued Holly, she doesn’t take no for an answer when her former coworker is reluctant to have Sookie read her mind. Similarly, when she visits Jessica, she gives her a “pep’ talk to convince her to eat again. Jessica isn’t eating, and Sookie doesn’t care about the reasons. She cares about the results. Our empathetic fairy waitress is gone, and in her place is a woman on a quest for justice and redemption for her past mistakes.

END_OF_DOCUMENT_TOKEN_TO_BE_REPLACED 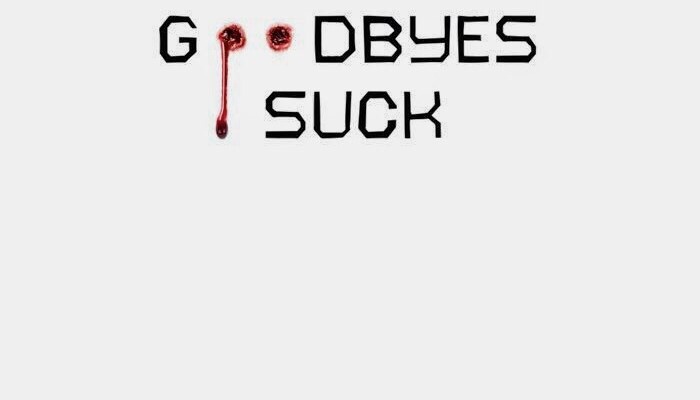 Writing is like playing chess. Once the pieces are in place, it’s a dance of strategy and timing. A good writer keeps their moves “close to the chest,” because just like in chess, you don’t want your opponent (or viewer/reader) to know what’s going on. You can’t let them see what your next move will be because giving away too much too soon will throw the game.

This is how I felt about last night’s True Blood. In particular, this is how I felt about the Sookie/Bill storyline. Now I have loved and do love TB, but the past two seasons have been somewhat…bizarre…in terms of storyline. When it was announced that season 7 would be its final one, it was unsurprising. I only hoped that the writers would pull themselves off the crazy train and put together a cohesive story.

END_OF_DOCUMENT_TOKEN_TO_BE_REPLACED

Alright, Truebies, the end is nigh, and vampirical hell is coming for Bon Temps. Now, last week’s episode had some of our favorite characters in peril, and left Sookie’s best friend, Tara, a pile of vampire goo.  The story lines are wrapping up, and while True Blood has a long tradition of killing off seemingly-important characters, this time around, there won’t be any chance for redemption or reincarnation (as Tara’s death showed us last week.) So without any ado whatsoever, let’s talk about blood.

A summary of “I Found You” in seven sentences:

END_OF_DOCUMENT_TOKEN_TO_BE_REPLACED

The final season of True Blood begins right where season 6 ended: with the imminent attack on the good people of BonTemps by rogue Hep-V infected vampires. The showrunners are unforgiving this year and in the first 10 minutes of the show we lost one of our main characters in the attack. But first, a short sum up of where our characters are at right now:

The last we saw of Sookie & crew, the town was having a mixer to match up vampires with human lunch boxes in exchange for protection against the rogue vampires. Bill has offered Sookie his protection  (which she rejected), and the other characters are slowly pairing off with normal, sane vampires. Tara reconciled with her mother; Jason has been steadily dating Violet the vampire for over six months; Sam and his pregnant fiancee, Nicole, are happy together (or so we assume). Alcide has cut his hair (much to my dismay) and is steadily dating our favorite fairy waitress, whose new boss, by the way, is Arlene Bellefleur.

Vampire Eric was naked sunbathing on an Alp, last we saw of him. He’s so hot he caught on fire. Cue the most horrible cliffhanger in history.

END_OF_DOCUMENT_TOKEN_TO_BE_REPLACED

The season 6 finale of True Blood seemed to piss off a lot of fans, and within a day the writers over at Brainmates Fiction decided to do something about it. The finale (*spoilers, darling) left us with Hep-V infected vampires roaming the country, necessitating a vamp/human buddy program (meaning that humans get protection in exchange for their non-infected blood), and Sookie is dating Alcide Herveaux, presumably for no other reason than Eric Northman is M.I.A. From this starting point, the authors give us a delightful fix to our fangovers.

The authors’ summary: The Hep-V threat is still very real as, is the threat that Sookie will need a vampire to pair off with but we think there’s a much better option for her than Bill. Namely a tall, blonde Viking who nearly burned to death on the side of a Swedish mountain. Will Sookie and Eric finally end up together and will Bill finally get what’s coming to him?

END_OF_DOCUMENT_TOKEN_TO_BE_REPLACED

I can sum up last night’s True Blood finale in three words: What. The. Fuck.

The finale was cleanly split into two parts, but left viewers with a LOT of questions. (Now trending on the internet: where the f**k is Eric Northman?). I reassured several fellow Truebies last night that yes, there will be a season 7, and no, no one has announced Alexander Skarsgard’s departure from the series.

Last night had Sookie in the midst of a power struggle for her fairy vagina. Again. Warlow, without much provocation, attempts to force Sookie to become his fairy vampire bride and his blood slave for all eternity. Really, Sookie? Really??? You didn’t see this one coming after your fairy grandfather got thrown into a hell dimension trying to protect you from him? Your idiocy astounds me.