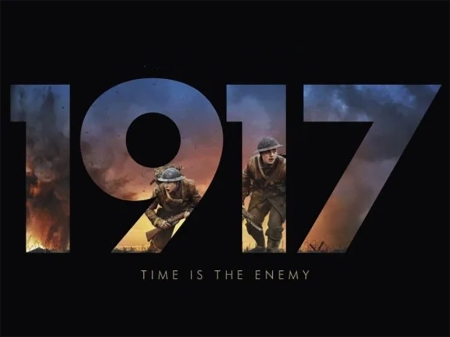 As much as I loved so many other movies this year, 1917 might very well be the best […]

By The Nerdling I have to admit, I’m struggling with Joker. I left the theater after my screening […]

By The Nerdling With the announcements of the 91st Academy Awards nominations yesterday, there was a mix of […]

“The Revenant” is one of the most viscerally beautiful movies I have ever seen. Director Alejandro González Iñárritu and cinematographer Emmanuel “Chivo” Lubezki made the fascinating decision to use natural light almost exclusively throughout the entire film, and it pays off magnificently. The winter light feels almost lazy as it bends around frosty trees and bounces off the snow-covered ground. At times there is barely enough light to truly see what’s happening on the screen, which only serves to heighten the film’s often tense atmosphere. This film is truly a feast for the eyes.

END_OF_DOCUMENT_TOKEN_TO_BE_REPLACED

The Grand Budapest Hotel (2014), directed, produced and written by Wes Anderson and starring a multitude of Anderson’s favorite stars, is a masterpiece of style that contains complex narrative layers, keeping viewers visually entranced until the last frame. Audiences are asked to suspend disbelief as we are whisked away to a genteel time and land, where order and manners are as important (if not more so) than politics, and relationships are forged through these shared values.

When I was in graduate school studying literary theory, a peer suggested that the layers of narrative in Mary Shelley’s Frankenstein were not unlike those of an onion; stories laid gently on top of one another to create a single, incredibly intricate and fulfilling tale. Grand Budapest does much the same thing, with four very important stories being told at four different moments in time, which ultimately come together to create an epic tale of love and loss.

END_OF_DOCUMENT_TOKEN_TO_BE_REPLACED

The Oscars are around the corner, and Damien Chazelle’s Whiplash (2014) is on the tip of every critic’s tongue. Wearing the proud badge of 95% Fresh, the drummer-centric film has been nominated for five Academy Awards, one of which is Best Picture. But Whiplash is more than a movie about music—it raises important questions about the student/mentor relationship.

The story focuses on hopeful jazz drummer Andrew Neiman (Miles Teller) and his teacher Terrence Fletcher (J.K. Simmons). Andrew is studying at the Shaffer Conservatory of Music in New York, where Fletcher is a feared and respected band conductor. Andrew is optimistic, practicing passionately after hours, aspiring to be like the great drummers he admires.

END_OF_DOCUMENT_TOKEN_TO_BE_REPLACED

With the 2015 Oscars less than three weeks away, we here at the Collective blog have decided to review the eight films nominated in the Best Picture category. We (unknowingly) kicked this off with a review of The Imitation Game back in November, so it seems only fair to follow suit with its biggest competitor: The Theory of Everything (2014).

Based on the book Traveling to Infinity: My Life with Stephen by Jane Hawking, The Theory of Everything tells the story of renowned theoretical physicist Dr. Stephen Hawking (Eddie Redmayne) and his first wife (Felicity Jones). The film begins in 1963—about 21 years old, Stephen is a new Ph.D. candidate at Cambridge. He is energetic and spry, a student who is as active physically as he is mentally. We see him racing his bicycle to school, and later as part of the rowing team. It is almost painful to watch, knowing that soon all his bodily capabilities will be stolen from him.