I have heard often enough that ‘art is truth’ or that fiction is a lie which presents truth, and in considering why this is so, I propose that it is suffering which resides at the heart of the novel and creates the bridge between reality and art. The experience of suffering, which is universally relatable, provides realism. Hence suffering inspires the reader’s sympathy to create reality in the novel.

Chuck Palahniuk, whose most famous work to-date is Fight Club, wrote an epistolary work entitled Diary which follows Misty Wilmot, a middle-aged wife, mother, and hotel waitress, as she deals with life after her husband’s attempted suicide. Palahniuk writes Misty’s perspective as a diary; each entry is addressed to Misty’s comatose husband, making the correspondence decidedly one-sided. The plot of Diary is intricate and implausible—and requires several suspensions of belief.’ Misty, according to the inhabitants of Waytansea Island, is the fulfillment of a prophecy:

Someone…would marry a woman who’d make the Wilmot family and his whole community wealthy enough that none of them would have to work…every four generations, a boy from the island would meet a woman he’d have to marry. A young art student. Like an old fairy tale. He’d bring her home, and she’d paint so well it would make Waytansea Island rich for another hundred years. He’d sacrifice his life, but it was just one life. Just once every four generations. (Palahniuk 206)

This ‘prophecy’ is fulfilled when Misty’s mother-in-law poisons her, convinces Misty that her daughter has drowned, and traps her inside the Waytansea Hotel with her art. Like Pamela, Misty attempts escape, but this ends in disaster. This postmodern twist to the familiar plot of a damsel in distress has the female protagonist, the “damsel,” not saved but rather controlled and mentally, emotionally, and physically destroyed.

END_OF_DOCUMENT_TOKEN_TO_BE_REPLACED

For me, season 3 is where the show went from good to great. As we countdown the days to season 9 (only 5 days now, folks!), I’m seeing so many connections between the early seasons and where the Winchesters are at now. Now, in my opinion, the best episode of season 3 is the last one: “No Rest for the Wicked.” 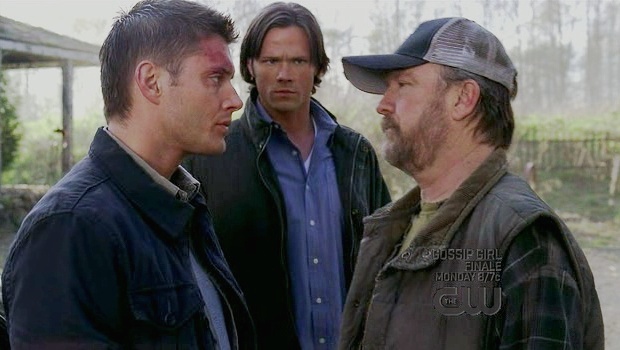 S03xE16 AKA the First Time Supernatural Broke My Heart

In the season 3 finale, Dean’s expiration date draws closer. The boys have not yet found a way to break Dean’s contract with Lillith, and if they don’t find something soon, the hellhounds are going to drag the elder Winchester straight to hell. After tricking Ruby and gaining possession of her knife, the boys and Bobby decide to go after Lillith with all guns blazing (metaphorically of course). This is the episode that broke the heart of viewers everywhere and left everyone screaming, “What the hell happened!” over the course of the hiatus.

END_OF_DOCUMENT_TOKEN_TO_BE_REPLACED

Summer is pretty much over and to be perfectly honest, I haven’t been reading much more than smutty fan […]