A few years ago, I started following an artist on Instagram because I instantly fell in love with her work. Over the past few years, I’ve followed her progress and notice that we share a love of Supernatural, Once Upon A Time, and Carrie Fisher, among other things. I am ecstatic to introduce our followers to Elizabeth Hope and her artwork, and I hope you fall in love with her art the way that I have. –The Collectress

END_OF_DOCUMENT_TOKEN_TO_BE_REPLACED

Four years ago, I sat next to my father as we watched a new Star Wars film, the first in ten years. I grew up watching the films, and they have been so ingrained in my life as the daughter of an OG fan (Yes, Dad, we know you stood in line for six hours in 1977!) that I do not even remember the first time I saw the original trilogy (it is likely that my first word was an impression of a Wookiee roar). Tonight, I sat next to my father again as we watched what may very well be the last new Star Wars film that we will see together, and, to be quite honest, I don’t know how I feel about it.

I have done my best to keep this review as spoiler-free as possible, however, some plot points are integral to my response to the film. All potential spoiler will be tagged with **. Ye be warned.

END_OF_DOCUMENT_TOKEN_TO_BE_REPLACED 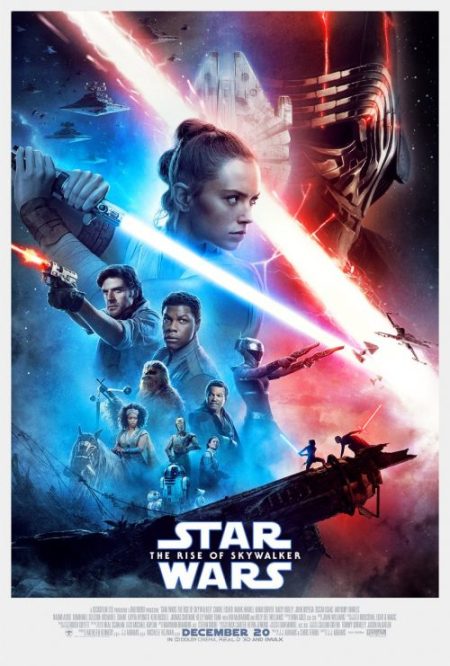 Alright y’all, the new, and final, trailer for Star Wars IX: The Rise of Skywalker just dropped and wooooo it’s a doozy.

If you haven’t seen it yet, check it out now. And if you have, watch it again.

END_OF_DOCUMENT_TOKEN_TO_BE_REPLACED

Y’all, it’s finally here, the end of Star Wars’ newest trilogy, and the promised culmination of everything from Episode I onward.

But before I launch into SW feels, here is the teaser trailer for Star Wars IX: The Rise of Skywalker.

END_OF_DOCUMENT_TOKEN_TO_BE_REPLACED

By The Nerdling Between work, school, and weekly visits to family members in need of care, I spend […]

Since the 41st anniversary of Star Wars has just come and gone, Carrie Fisher has once again settled on my mind (okay so she’s always on my mind). Carrie was an impressive lady who was very honest with her struggles with bipolar disorder and addiction. And from that honesty, there are a few valuable lessons we should learn.

END_OF_DOCUMENT_TOKEN_TO_BE_REPLACED

If you’ve been anywhere near my social media lately, you may have noticed that even after almost two years, I’m still incredibly saddened by Carrie Fisher‘s unfortunate passing. I deeply miss our Space Mom, and while The Last Jedi had some incredible moments for Leia, I cannot help but want more of the rebel leader.

The new Star Wars film is due out in a few weeks, and I’m finding it hard to be excited. Han Solo is an interesting and dynamic character, sure, but does he really need a trilogy of his own? As much as I swoon over Harrison Ford (yes, he’s still got it), I don’t really mind the new actor (whatever his name is) and I love Han, I can still think of one person who deserves this film so. much. more.

END_OF_DOCUMENT_TOKEN_TO_BE_REPLACED

I have done my best to keep this review spoiler-free and will tag any potential spoils with **.

It’s been a long two years since The Force Awakens stirred new life into the Star Wars fandom. While the first appearances of Rey (Daisy Ridley) on the Millennium Falcon brought us joy and perhaps nostalgia, the middle episode of the new Star Wars trilogy makes us painfully aware that we must let go of the past and embrace new beginnings, a passing of the light saber, as it were.

Yet, while the franchise from a galaxy far, far away moves forward, it has never been more obvious who truly is at the heart of Star Wars.

END_OF_DOCUMENT_TOKEN_TO_BE_REPLACED

2016 has been relentless in its reaping of iconic actors, writers, singers, and public figures. The most recent […]