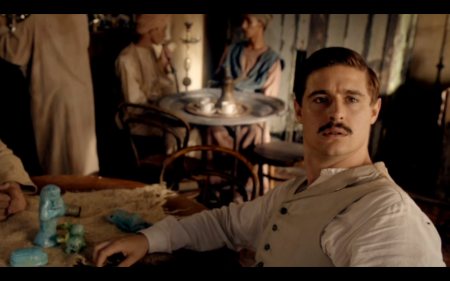 Okay, so this isn’t a memoir—but I’m not kidding when I say that I could write one about […]

Vidder: MARVELous Fanvids I’ve had Sherlock on the brain recently. Okay, maybe BBC’s adaptation is always on my mind in […] 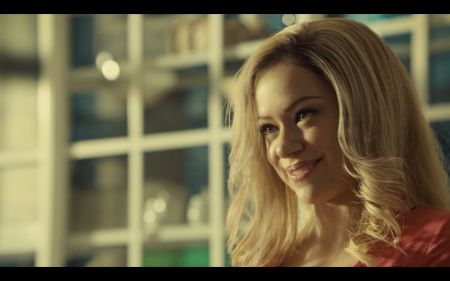 I don’t think it would be controversial to say that for a lot of fans, myself included, season three was a letdown in a lot of ways. No offense meant to Ari Millen, who I enjoy quite a bit as Mark, and also as general hairstyle inspiration, but legit, nobody cared about the Castor clones. We watch Orphan Black for our Leda ladies, and their long time associates, not a convoluted new plot surrounding a bunch of dudes. Luckily it seems as though the show heard our groans of disappointment and is getting back on track. With what I don’t want out of the way, lets go over what I do want, very much so.

1. Art Bell. As in more. As in, who is Art Bell outside of Clone Club, his odd couple friendship with Sarah, and his love for Beth. It’s not exactly news that black male characters tend to be treated as canon fodder on genre shows, so while Art making it to season 4 is reason alone to celebrate, he’s been increasingly sidelined as the series went along (again, unfortunately not uncommon for black male characters on genre TV), especially in the overreaching mess of S3. Now, with flashbacks to Beth as a seemingly central focus to S4, this would be a great time to explore Art more as a full fledged person, not just as an errand boy for the sestras.

END_OF_DOCUMENT_TOKEN_TO_BE_REPLACED

Apparently we needed more proof that Benedict Cumberbatch is cooler than we’ll ever be. He’s conquered the internet […]

This isn’t your typical fanvid. But then again, neither BBC’s Sherlock nor Disney’s Kim Possible are your typical TV […]

If you have been reading my reviews of Doctor Who this series, you know that my outlook shifted as the season moved forward. I started out all sunshine and roses, excited for the possibilities a new Doctor and Moffat’s writing could bring. It has been a rocky journey, with moments in each episode that I appreciated and many that fell flat. As the series comes to a close, with only the Christmas special left in Capaldi’s first year as the Doctor, I find myself disillusioned with the franchise and hoping for drastic change in the next few months. I like Capaldi as Twelve, I really do. Unfortunately, the combination of a new Doctor, lack of chemistry with his companion and the horrible writing of series 8 has me in dire need to understand what it is that went wrong. Let’s start with what worked and what didn’t in “Death in Heaven”, and go from there.

END_OF_DOCUMENT_TOKEN_TO_BE_REPLACED

The first of the two-part series 8 finale, “Dark Water” answers a few of the big questions posed to viewers over the last few months, and asks even more. It is no secret I think this season has fallen flat, mostly because it seems the story lines are recycled from better story lines of previous seasons. The writing of series 8 has been a wee bit boring and predictable, with the two most interesting characters–Missy and Danny Pink–not getting nearly enough screen time for me to stay interested in the disjointed episodes of Peter Capaldi’s first season as the Twelfth Doctor. While a two-part episode is a bit difficult to gauge at this point, that won’t stop me from discussing decent character development for Clara, Moffat’s TOO wide net and a slight nostalgia for really good Doctor Who that recently has been eating at me.

Spoilers ahead, Sweetie! Repeat–DO NOT PROCEED if you haven’t watched “Dark Water” yet.