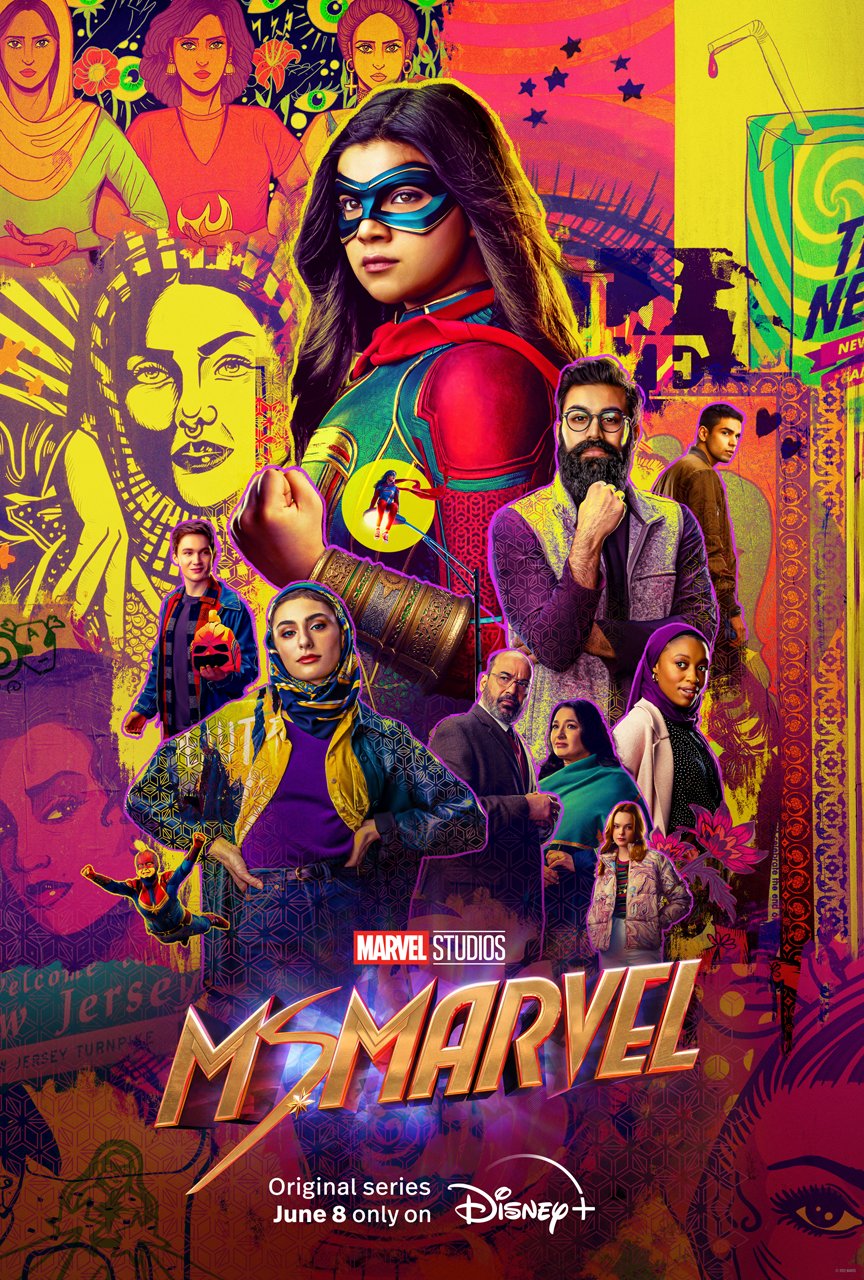 This week brought us the newest addition to the Marvel Cinematic Universe: Kamala Khan AKA Ms. Marvel. The first episode of Ms. Marvel dropped on DisneyPlus on June 9, and it’s got the internet buzzing about the first Muslim American superhero.

If you haven’t seen the episode or have no clue what I’m writing about, here’s the trailer to clue you in:

Episode 1, “Generation Why”, introduces us to a 16 year-old Kamala (Iman Vellani) who is obsessed with the same superheroes that most of us have spent the last 14 years watching on the big screen. In particular, Kamala loves Captain Marvel and has an intense desire to emulate her. Her goal of going to “AvengerCon” so she can win a Captain Marvel cosplay contest is surprisingly relatable to a lot of Marvel fangirls…myself included. Not only is she into superhero costuming, but she creates YouTube vids about her favorite heroes, and it is strongly hinted that she reads and probably writes superhero fanfiction. (Girl, you can find me in the BuckyNat trashcan.)

Kamala is a fangirl, and in a media-driven world that seems to write off fangirls as being too emotional or invested, or gate-keeped for not being a “true” fan, it is refreshing to see a teenaged fangirl expressing her passion for all things Avengers and not being framed as ridiculous or in a She’s All That situation (cute awkward girl takes off her glasses and bam! is suddenly a hot girl with the hot popular boyfriend…cue eye rolling here).

Although the DisneyPlus version of Kamala Khan seems to vary from the comics in certain ways (it doesn’t appear that this Kamala is an Inhuman), the heart of the show is still the same: it is a coming of age story, a search for Kamala’s identity as her desire to be a superhero conflicts with her family’s traditions and culture. It’s a story specific to a child of immigrants, as they search for a way to fit into the society in which they live but also respect and maintain the culture of their family.

In fact, it is by embracing her identity as Pakistani and American and a fangirl at AvengerCon that Kamala first accesses her superpowers. No spoilers here, but it’s a pretty incredible scene.

The first episode was fairly introductory, and it seems like this season will be the origin story of Ms. Marvel before she appears in next year’s The Marvels with Captain Marvel herself (Brie Larson). Is there a big bad villain? It doesn’t appear so, but much like Spider-Man, Ms. Marvel may start out as a friendly neighborhood superhero. Personally, I don’t mind if it’s just six episodes of Kamala filming herself talking about the Avengers for YouTube or drawing fanart of Tony Stark, but realistically, it’s thematic storyline will need to lead into Ms. Marvel meeting Captain Marvel and Monica Rambeau. So, for you MCU super sleuths, keep on the look out for clues and Easter eggs for future Phase Four MCU series and films, because there are sure to be plenty.

As for me? I’m happy to just sit here and fangirl over a fangirl for another five episodes.