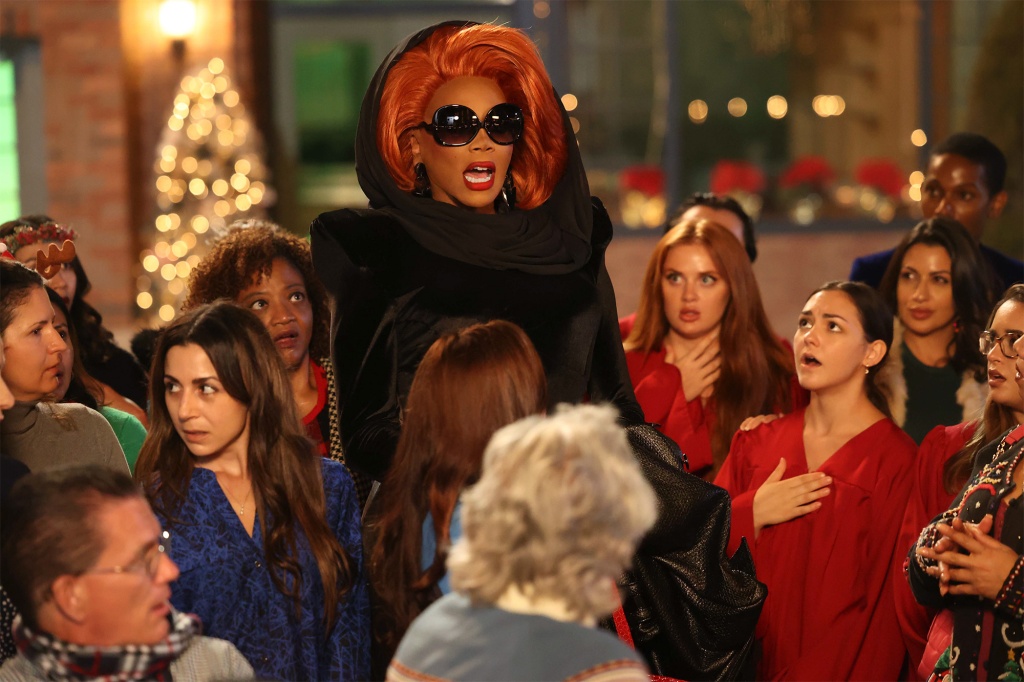 The Bitch Who Stole Christmas CR: Jordin Althaus for VH1

I can’t speak for other members of my LGBTQ+ family, but I have a strained relationship with the holidays. However, no matter how much I dread going to my family’s Christmas parties, I do love the cheesy ridiculous holiday films that come out by the dozens every year. Even better? Now they’re gayer.

Need a dose of queer holiday cheer? Look no further. Here’s a list of upcoming LGBTQ+ films, as well as a few of my traditional faves.

Pour the eggnog, and let the binge-watching begin!

The Bitch Who Stole Christmas (Releasing on VH1, December 1st,

Yes, it’s true—Mama Ru herself is bringing us some much-needed Christmas cheer this year. I couldn’t find a trailer for the film (much to my dismay), but here’s the synopsis from IMDB: A workaholic big-city fashion journalist is sent to a Christmas obsessed town to dig up a story.

Not only does this promise to be a cheesy and trope-filled Christmas story, but it also reunites more than 20 RPDR alumns, and features some of my favorite guest judges that have appeared over the years (Raven-Symoné). If sequins, over-acting, and giant teased wigs are your thing, well, then, hunty, you’re in the best of luck.

If y’all follow me on Twitter, you already know how absolutely heartbroken I was when Zoey’s Extraordinary Playlist was cancelled earlier this year. The show brought such light (and, let’s be real, a lot of tears too) to me and many others during 2020, and its loss is felt acutely.

Enter the Roku Channel giving us A CHRISTMAS MOVIE. That’s right, Zoey, Mo, Max, and the rest of the Zoey crew are back to bring us Christmas cheer. And, c’mon, aren’t y’all more than ready to see and hear Alex Newell belt out some Christmas songs??? Also, I want vivid and undeniable proof that Mo gets his happy ending with Perry. Some snogging under the mistletoe wouldn’t be amiss, either.

JENNIFER COOLIDGE ACKNOWLEDGING THAT THE GAYS ARE OBSESSED WITH HER? CHECK CHECK CHECK.

This was my favorite holiday film that released last year. Is it sappy and trope-y? Sure. But it’s also adorable and full of that holiday rom-com goodness that I can only stand once per year. Also, Kristen Stewart is hot af soooooo that’s a Christmas present in itself for all lesbians, bi babes, and they thots.

Carol has become pretty much a Christmas tradition for most of the queer women I know. (I’ll confess: I read the book for the first time two years ago and watched the film for the first time shortly after). It’s a beautiful and lush romantic film set at Christmas time in the 1950s, so while it’s not the cheesy romantic comedy you might expect from a holiday film, but to be honest, it’s my favorite of the queer Christmas films because it’s not cheesy. Yes, it may also be because of Cate Blanchett…but, have you seen Cate Blanchett?

This one didn’t make it onto the main list because the LGBTQ character is not as prominent, but Steph is a pretty badass lesbian who is adept at killing zombies. And it’s a Christmas zombie apocalypse musical? What more could you ask for?!?!

Have a favorite that I missed? Tell me in the comments!