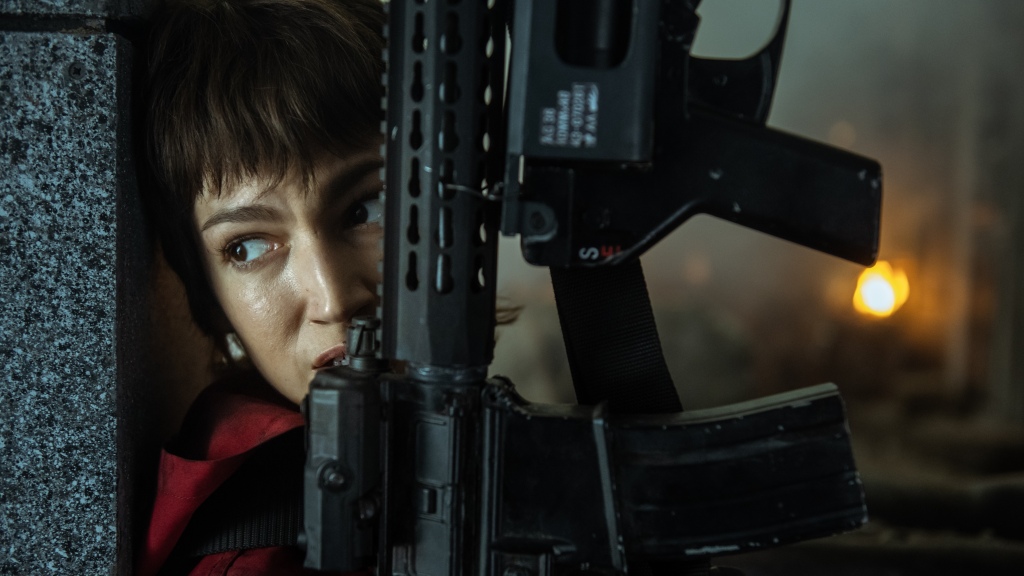 So, one of the first shows that the Mutineer and I binged (or, re-binged…) was La casa de papel, or “Money Heist” on Netflix.

If you’ve never seen La casa de papel, it’s an addicting show about a group of thieves that set out to steal money, but become symbols of a cultural revolution. This is where the group is at, now that we’re entering Part 5:

The gang has been shut in the Bank of Spain for over 100 hours. They have managed to rescue Lisbon, but their darkest moment is upon them after losing one of their own. The Professor has been captured by Sierra and, for the first time, doesn’t have an escape plan. Just when it seems like nothing else could go wrong, an enemy comes on the scene that is much more powerful than any they’ve faced: the army. The end of the greatest heist in history is approaching, and what began as a robbery will turn into a war.

Part 5 will be split into two parts, airing on September 3 and December 3 in the U.S. I 100% plan on having the Mutineer make paella, and drinking a shit-ton of sangria while belting out BELLA CIAO throughout the entirety of Part 5.

If y’all would like to join us, catch up on Parts 1-4 on Netflix and learn the lyrics to ‘Bella Ciao.’

Want a first look at Part 5? Here are some exclusive photos from the final season, courtesy of www.netflix.com/lacasadepapel