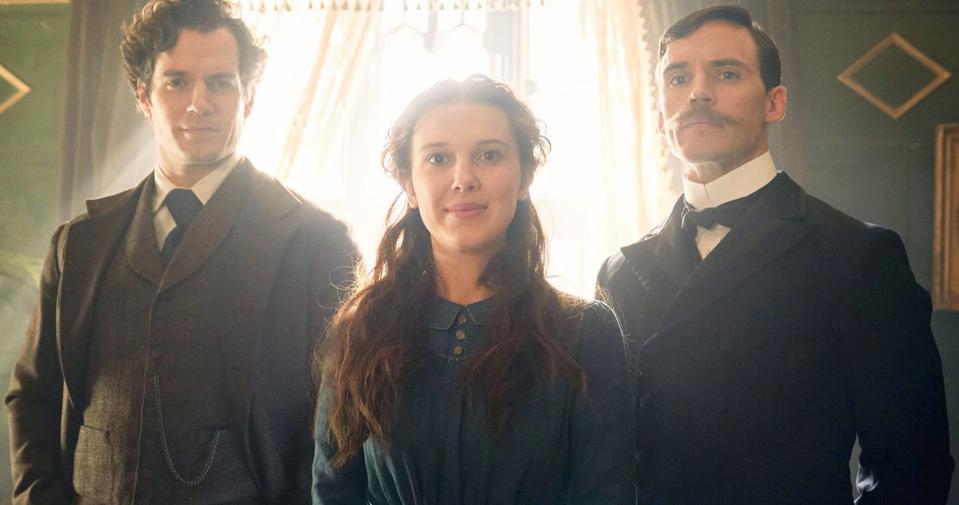 When new TV shows and films are pretty much all you have to look forward to this year, it’s easy for a watch list to empty itself fairly quickly. Lucky for us, our favorite streaming services are keeping up with demand and giving us brand new content regularly. Here are five movies and shows I’ve added to my watchlist that you might want to check out if you haven’t already beat me to it–because, well, some of them have been out for months. What can I say, time in 2020 has no meaning anymore. But anyway, who is ready for more binging?

This has been on my list since it was announced, and not just because of *Henry Cavill*. After the Great Disappointment of BBC Sherlock Series 4, which featured a Holmes sister, I am jumping at the chance to see it done right. This film, which stars Millie Bobby Brown in the titular role, looks quite promising with lots of mystery, fighting, comedy, and girl power to boot. Plus…Henry Cavill as Sherlock.

Mando and Baby Yoda are single-handedly saving 2020, and nothing can convince me otherwise. I would write out a synopsis, but I’m sure we all know what’s going on here. And if for some reason you haven’t watched the trailer yet, then get moving! Baby Yoda is waiting.

Hulu has been doing a great job with originals lately, and I need something to fill the void left by the cancellation of Harlots. I’ll admit, I’ve been putting off watching this for the fear that I would run out of content, but I think the time has come to enjoy this dramedy show about Catherine the Great. Did we ever tell you that we met Nicholas Hoult at the premiere of Tolkien. I digress.

The Letter for the King

A medieval-esque fantasy series featuring a diverse cast? Sign me up. This short series is based on the Dutch novel De brief voor de Koning, and focuses on a young aspiring knight who is tasked with a dangerous mission of delivering a secret letter that could change the world–of course, along the way it is the knight who is himself changed, because it’s a coming-of-age story, duh.

If you’re unfamiliar with the story of Rebecca, then welcome to the height of modern gothic literature. Well, when I say modern I mean late 1930s, but you know what I mean. This is a classic novel turned classic film that has now been adapted into a new movie with Armie Hammer and Lily James. I don’t want to spoil it for you, but if this version is even half as good as the book or the Hitchcock adaptation, then we’re all in for a treat.