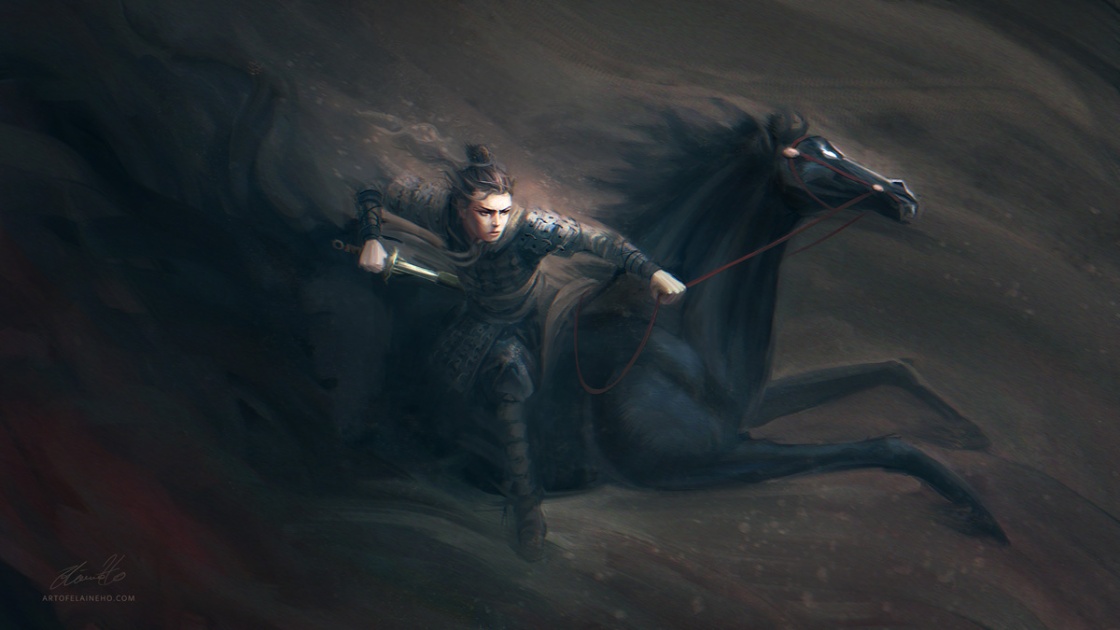 If you know anything about The Collective, then you know that the majority of our members are obsessed with fan art. We spend a lot of time and money in Artist Alley at all the conventions we attend, because we can’t get enough of the way our fellow fans tell stories, old and new, through their own favorite medium. Anime Los Angeles had a thriving Artist Alley this year, but one booth I kept coming back to was that of Elaine Ho. Check out this Q&A with Elaine about her background and work!

1.) What sparked your interest in art?

I’ve always been interested in art! As a kid, I played around with photomanipulation as a hobby, but it was seeing the concept art for Assassin’s Creed 2 that made me realize art could be a profession. My artistic path has changed a lot since then, but that game still holds a special place in my heart for how much it transformed my life.

2.) How has your degree in psychology influenced the way you tell stories through drawings?

I’d like to think that it informs the mood and emotion in my work, although there are many more talented artists who express it better than I can (and without a psych degree!) I’m always interested in expressing the internal mind in a visual form rather than just putting out pretty pictures. As a result, some of my work isn’t… wall-hanging worthy, but I feel art that makes people uncomfortable is still necessary.

3.) The women in your art (particularly your Disney series) appear far more confident, strong, and courageous than most fan art we encounter at conventions and online (which we LOVE). What inspires pieces like this?

Thank you for noticing that! The Disney series was my response to the merchandising of Disney princesses. The merch is often inoffensive, wearing beautiful dresses, and stripped of their character that we fell in love within the films. I took umbrage with Merida in particular because the merchandising at the time never posed her with her bow and arrow. I started the series off with Merida, and everything else fell into place from there.

The tone of the series changed as I continued to paint them. While the original aim was to showcase the strength of the Disney women, it changed a little to show the struggle through adversity. I think the change started with Ariel, where she’s shown having trouble standing with her new, awkwardly formed legs. That piece set the tone for the remaining 5 paintings after that.

4.) We’re all for retellings of classic fairy tales. Tell us more about your own project, The Tempest and the Fire.

The Tempest and the Fire is my own Beauty and the Beast retelling. It’s set in a Renaissance-inspired fantasy world, where Eris (Beauty) discovers that she knows how to wield magic, a knowledge lost to all centuries ago. The Beast strikes a deal with her, where she would restore his dead lands in exchange for this magical knowledge, but he has more sinister plans in mind.

I’ve been posting illustrations with excerpts over at tempestandthefire.com, and we’ve just finished Act I. I hope to make this an illustrated novel someday!

5.) What would you say to someone who wants to get started in art, but isn’t sure where to begin?

It helped a lot for me to set a small, short term goal. When I first started, my goal was to be good enough to get into art school. Your goal might be different – maybe it’s to draw 100 heads, or understand how fabric drapery works. Keep your goals small and work to them. “Getting good” at art is a perpetual climb and it can seem very, very overwhelming when you’re starting out. Comparing your work to others is also incredibly demoralizing and I never do it.

You are forging your own path. Focus on the immediate goal in front of you, and you’ll do fine!

You can find Elaine’s art on her website, and by following her on Instagram @artofelaineho. You can also support her work via her Patreon!