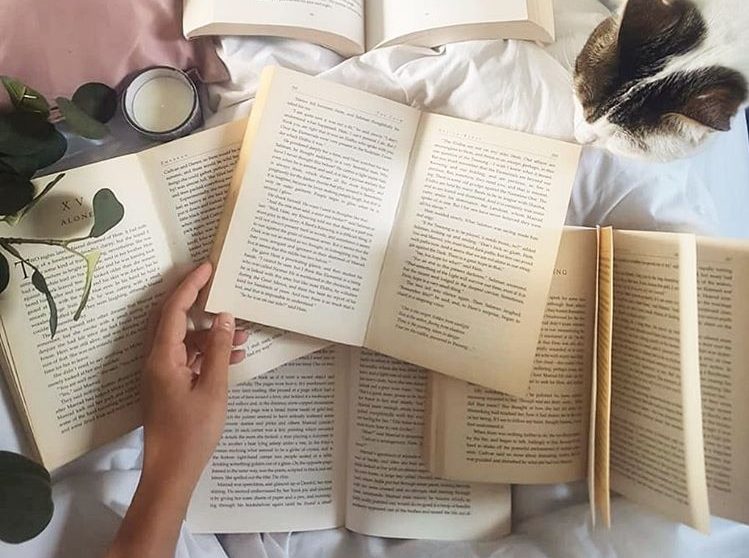 The summer I was ten, my father brought home a box of children’s books. He worked at a middle school, but other than that I don’t remember exactly where he got them from. We usually visited family across the country for around a week before school started up again, so I found a thick book in the box to take with me as my reading for the week. That novel was 2002’s The Naming by Australian author Alison Croggon (titled The Gift in the U.K. and Australia). From the first page, I fell headlong into a world featuring music, poetry, feats of wizardry, and an epic journey with a haunting cast of characters who I can come back to countless times. I flew through the rest of the four-book series. Croggon released The Bone Queen, a prequel, in 2016, and reading it felt like coming home.

The Books of Pellinor, as the four books are called, are a retelling of the “Naraudh Lar-Chanë” or the Riddle of the Treesong, set in the fictional world of Edil-Amarandh. Like Tolkien, Croggon uses the framing device that these events actually happened once, when the world was drastically different and magic existed. The appendices to all four novels are full of world-building that is only lightly touched upon in the novels themselves.

Sixteen-year-old Maerad is a slave in Gilman’s Cot, a barren settlement. When discovered to possess a powerful Gift by Cadvan of Lirigon, a Bard, the two set off on a quest to discover Maerad’s past and ultimate destiny, both greater than either thought possible. As they traverse their way up and down the map of the known world, Maerad and Cadvan meet other memorable characters, including immortal elemental Ardina, who has a strange connection to Maerad, and the mysterious boy Hem, who is also hiding more than meets the eye. The scope of the series is large and is ultimately a fight for the Light against the Dark.

Pellinor was probably the first series I was truly passionate about. If I’d been a few years older and Pellinor had been large enough to warrant a fandom, I definitely would’ve been heavily involved. As it was, I set the poetry to music and dressed up as Maerad one Halloween. I scoured the SFFWorld forums for fan content. I created 26 Powerpoint slides worth of material for a self-mandated book report/presentation explaining the series. When one enterprising young singer (BardofPellinor) set some of the poetry to music on YouTube, I played it constantly. Over the course of ninth grade, I had “The Lay of Ardina and Ardhor” memorized, all eight minutes and 20 seconds of it. Basically, I was invested.

So, why all that love? Pellinor is a solid introduction to female-led fantasy, one that possesses an old-world edge. Maerad is a strong character who grows throughout the series, though her powers, relationships, and knowledge of herself and the world she lives in. Cadvan serves as her teacher and guides her throughout, while Hem undergoes a journey of his own at the same time. Pellinor delves into the love of lost siblings and the horrors of war, both in a realistic manner. It’s a mature fantasy that definitely influenced what I enjoyed reading in the years afterward, such as Tamora Pierce’s Tricksters duology and the Kingkiller Chronicle by Patrick Rothfuss.

One specific area where Croggon influenced me was through her poetry. All the novels are divided into parts, and each part begins with poetry or song lyrics, written by characters either long before or after the events of the story. For example, “The Lay of Ardina and Ardhor” which I mentioned before, was written prior to the story, and concerns Ardina, the immortal Moonchild, and her love for the mortal king Ardhor. Croggon’s poetry inspired me to write my own and got me started in the world of music and lyric analysis.

Some feel that the Books of Pellinor are so similar to the Lord of the Rings that they are a Tolkien rip-off. Gandalf-like mentor? Check. Galadriel-like mysterious immortal figure? Check. Magical object that matters to the Myth Arc? Check. Lots of traveling through the woods? Check. I don’t disagree with any of this, but modern high fantasy, especially that which is derived from European history, myths, and languages, is pretty similar to each other, and is mainly influenced by Tolkien, who was in turn inspired by those European aspects. For example, Tolkien was a linguist, and so created his own languages for his universe. Croggon does something similar with specific vowel sounds and words for the Speech, the specific tongue for Bards. Due to the fact that nothing is truly original anymore, it’s only when you bring in different influences that the fantasy lore becomes fresh. For example, Ysabeau Wilce’s Flora trilogy creates a world with Aztec influences, and where everyone wears kilts. I agree that Pellinor includes plenty of the same elements that Tolkien used, but so did a lot of other fantasy writers.

The Books of Pellinor were a massive influence on my continued interest in fantasy, history, poetry, and music. Croggon’s imagination touched mine, and I can come back to her stories countless times without being bored. These characters inspired me, and I hope will continue to inspire others to write music, poetry, and other fantastical histories.

Noemi Arellano-Summer is an arts and culture journalist currently working in the Boston area. She has experience as a writer, editor, copy-editor, photojournalist, and arts critic. She is passionate about arts, history, culture, entertainment, film, and literature. You can often find her roaming through a bookstore or working on her novel at a cafe.