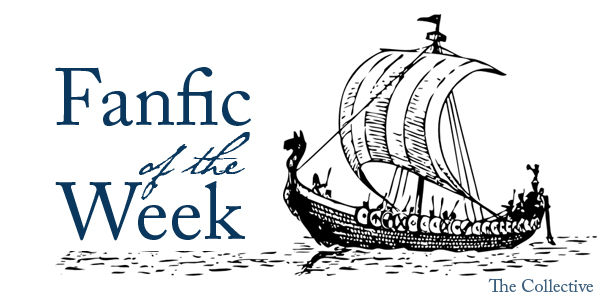 And now for something…not entirely, but somewhat, different.

Did you know that the Collectress and I have co-written two fanfics? I hadn’t thought about them much lately, as I’ve not had much time for writing content that isn’t specifically for this blog. But I came across them today and was reminded about how fun they were, and how much I enjoy writing fanfiction. And you know what? There’s nothing wrong with self-promotion. I’m really proud of these stories, and I know the Collectress is, too. If you have a story you’ve written that you’d like to plug, leave a link in the comments below!

Arthur would turn over in his grave if he knew popular culture had turned him into Sleeping Beauty.

In the far future, the Rebellion fights a pitched battle against the Hel Empire. Led by a mysterious angel-like creature called Castiel, rebel forces work to eliminate the hold of Emperor Crowley over the galaxy. When Castiel is in need of reliable transportation back to the Rebel base, his fellow rebel Sam Winchester calls upon his estranged brother Dean. Though neutral in the war, Dean agrees to help them. It soon becomes evident that Castiel is hiding things from the brothers, including secrets about their past and an ancient threat that could tear apart the very fabric of space and time.

This is a space opera, inspired by Firefly, Doctor Who, and, of course, Star Wars. It is told in alternating points of view.