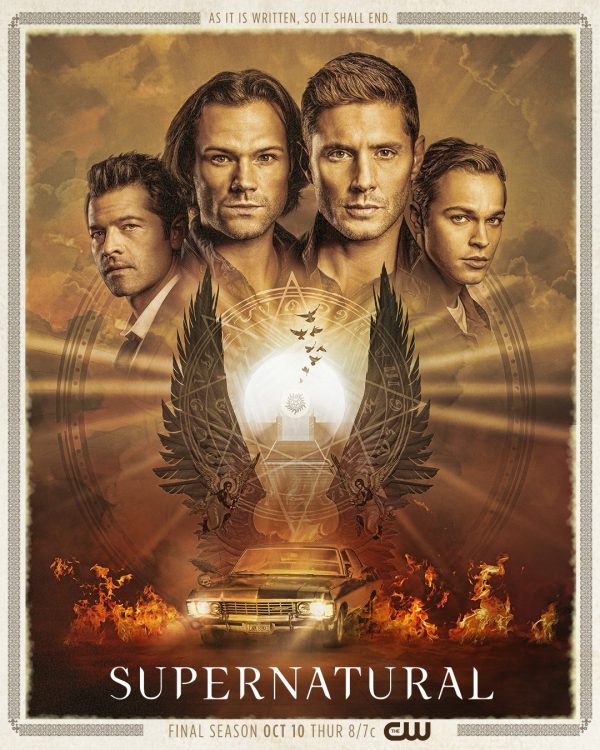 Well, after last week’s premiere episode for Supernatural‘s final season, expectations were high for the follow-up episode. I was not able to watch it the night it aired…but I sensed some mixed reactions in the online fandom to the episode over the past few days. Once I looked up the writers for the episode, I knew that it wouldn’t be great, so instead of a full recap, I’ve decided that my energy is better spent finding the appropriate gifs to fully convey my sarcasm in response to the episode’s plot points.

So, without further ado, here are my mostly-gif reactions to the second episode of this SPN season. #BewareOfSpoilers

So…the murder ghosts–led by the Jack the Ripper–randomly have full cognizance and are fully corporeal even though most of the spirits shown had demonstrated residual-like hauntings in the episodes were first saw them in? Okay, Jan.

Oh, and the “testing the boundaries for weakness” subplot was ripped straight out of Jurassic Park, but if you ask me, the velociraptors were better actors.

Listen, Kevin Tran didn’t go through some shit to have him go through EVEN MORE SHIT in the afterlife. Kevin Tran deserved better than the shit-show that he got written for him in this episode.

It’s been 15 years and the Winchesters are still trusting demons. OH YEAH, THIS IS GONNA END GREAT.

They’ve still got some tension to work out…but honestly it was the only dialogue in the entire episode that felt in character. Kudos to Jensen and Misha for giving me something worth watching.

Amara’s unwillingness to help Chuck was unexpected and very satisfying to watch. Four for you, Glen Coco. You go, Glen Coco.

A Winchester setting himself up for self-sacrifice? We’ve never, ever seen that before.

What Did Dean even do in this episode?

Actually did anyone do anything?

Um…aside from a lot of talking…did anything even happen? Even the murder ghosts were really…not murderous. Lizzie Borden didn’t swing her axe once.