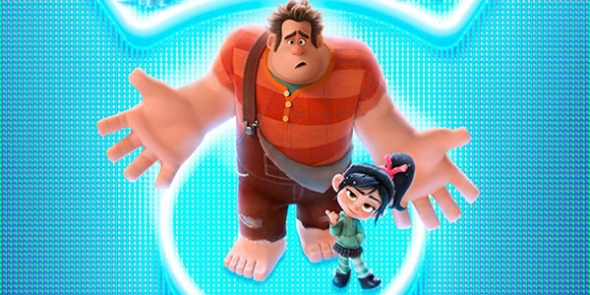 There is no hiding my love of animated films, particularly anything related to princesses. When trailers for Ralph Breaks the Internet began appearing I was excited for the sequel to Wreck it Ralph, and slightly guarded. What was Ralph going to do to the Internet, and how was Pixar going to deal with the Disney princesses? The film does seem to cram one too many elements into the storyline, and would benefit from losing even one or two plot elements to help streamline the story; however, Ralph Breaks the Internet is a fun film that pokes fun in smart ways at our Internet usage and what it means to be a  princess and a strong woman, all while playing out messages of following your dreams and what it means to be a friend. As sequels go, this one is worth your time.

Ralph and Vanellope venture into the Internet in order to try and save Sugar Rush, and find themselves on a series of adventures. Ralph is overwhelmed in the Internet while Vanellope is entranced with how big it is and how much she can do. Just like we are inundated with things on the Internet, they are constantly surrounded by people and packages flying around, pop ups and clickbait, and skyscrapers of social media and online corporations. Much of the action within the film is based on Ralph and Vanellope needing to earn money to pay for an Ebay purchase. Throughout the film, Ralph is motivated by the need to help his best friend while trying to keep his status quo, while Vanellope is discovering maybe there is more to life than her one little race game.

What gave me life in this film is the characterization and interaction with female characters. Vanellope is discovering she has bigger dreams than just driving in Sugar Rush every day and hanging out with Ralph every night, and the Internet lets her explore her dreams. She also meets Shank and Yesss, two compelling female characters that help drive Vanellope. What I appreciate about these characters is that there is no competition, only women supporting women. Shank is a race car driver in an online racing game and Yesss runs a popular video hosting website. Both women are passionate about what they do and they encourage Vanellope’s passion. As Vanellope says to Ralph when her game breaks, “If I’m not a racer, then what am I?” Shank and Yesss are the characters willing to see her potential and help her. As Shank tells Vanellope, “There’s no law saying best friends have to have the same dreams.” The support and friendship these women offer this young girl is what we need more of in films. 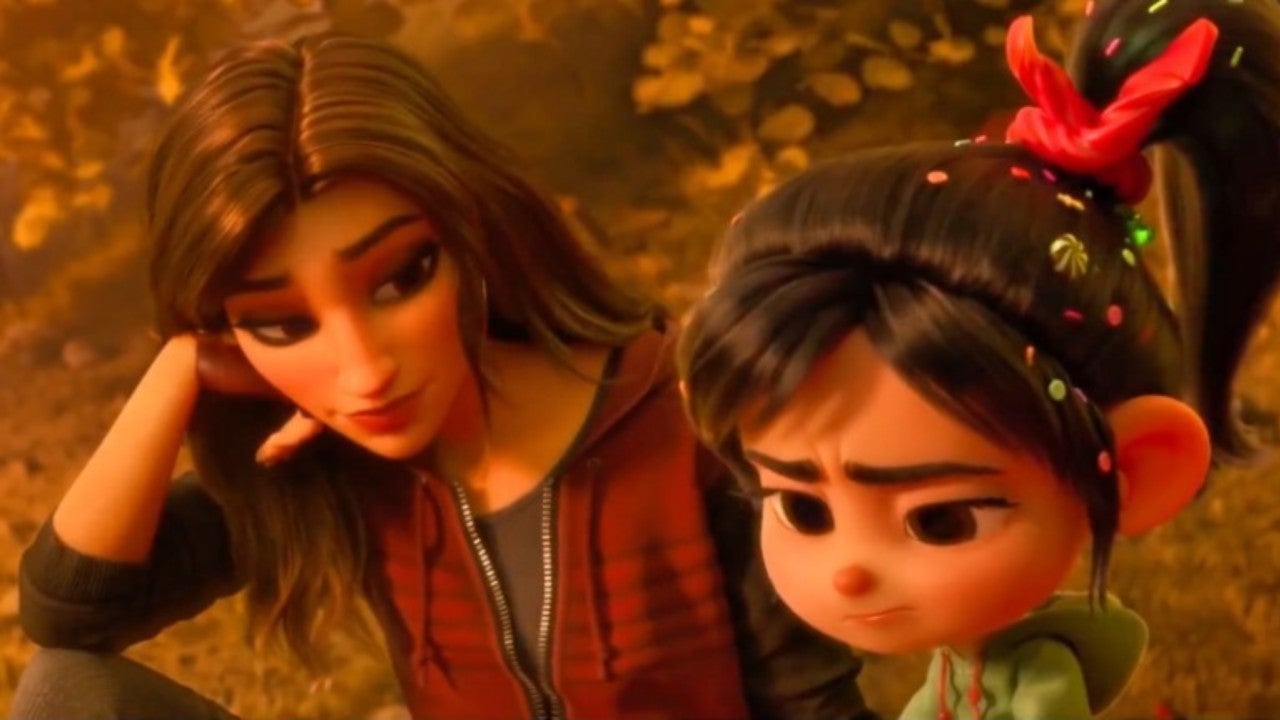 Then there are the Disney princesses. Vanellope ends up at the Oh My Disney website and stumbles into the princesses’ waiting area. If you’re like me, you watched and rewatched the trailer of the princesses calling out all of the tropes Disney uses to make princess films–magic hair, can talk to animals, were poisoned or cursed, etc.–and couldn’t wait to see how this plays out in the larger movie. You get a good laugh at lines like, “Do all people believe your problems got solved because a big, strong man showed up?”, but in the larger scheme of the movie we actually get to see the princesses use their different tropes in positive ways to save “a big, strong man” letting them be part of the heroism in this film. While it is great fun getting little moments like Cinderella being willing to break her shoe and use it as a shank, even more endearing is how quickly they embrace Vanellope as one of them and bring her into their sisterhood. They too try to help Vanellope realize her dream, but in classic princess fashion she needs to do it through song while staring at enchanted water. For Vanellope, this means staring at a puddle that transports her to Slaughter Race, Shank’s game and Vanellope’s dream place.

Overall I loved this film and it was a fun watch. I will warn you, it did give me Toy Story 3 feelings at the end (though I didn’t cry like I did with Toy Story 3), so be prepared for the feels. But if you want awesome female characters, Ralph breaking things, great Internet references, and to watch someone go after her dream then this is your weekend watch.

Nerdy Donut is part-academic and part-fangirl. Since her Hogwarts letter never arrived, she earned her PhD in Humanities where they call it a job letting her research and write about the Disney princesses and Harry Potter. When she is not dealing with muggles, she can be found reading young adult fantasy and binge-watching cartoons.