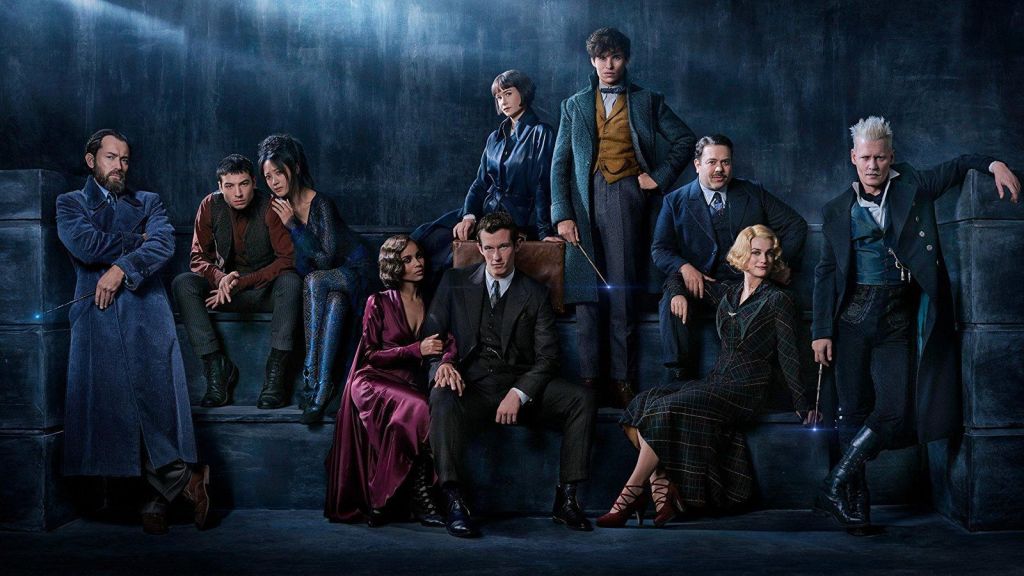 I originally wanted to write a review for Fantastic Beasts and the Crimes of Grindelwald. After seeing the film, I realized I didn’t want to talk about the movie itself. If you want a review, here it is:

It is a convoluted mess that left me confused and disappointed by the end.

I love the Harry Potter series and the Wizarding World in general as well as a proud member of the Ravenclaw house. Being a fan of the series something I have difficulty reconciling at times being a woman of color. Rowling’s tone deafness to race is covered wonderfully by Katharine Trendacosta at Gizmodo.com and something I’ll get into another time. I want to talk J.K. Rowling and her crimes against her own creation.

The influential author is in danger of pulling a George Lucas. With the release of Crimes of Grindelwald, it is evident she has forgotten what made her books so great. To quote Ian Malcolm, she was so preoccupied with whether she could [continue her money printing franchise], she didn’t stop to think if she should. The Harry Potter books were a character driven series. We tuned in for the mythology and this colorful world Rowling created, but we stayed because we were invested in the story of “the boy who lived.” If it would have been a movie series first, Harry’s adventures wouldn’t have been nearly as successful or interesting. Rowling needed to build the Wizarding World on the page first. She forgets in the new series she doesn’t have novels to help her with the narrative.

When the new movie series was announced, most of us thought we would be getting the story of magizoologist, Newt Scamander. I was excited. It would be a chance to revisit the magical world thru the lens of a radically different character than Harry Potter. Instead what we got is a hodge podge of White Woman “Woke” grandstanding about racism and a rehash of Wizarding Hitler.

Fantastic Beasts could have been a fascinating character driven series about an unlikely hero we need right now. Newt Scamander eschews toxic masculinity in favor of a confident and empathetic manhood. While he may not have the ability to connect with humanity on a level most of us do, he still believes in treating all living creatures with respect. He is not one to jump into a fight, but find a solution to the problem in a peaceful way. He is a perfect representation as to what it means to be a Hufflepuff.

A movie series starring this kind of character and his adventures would have been a wonderful counter to the traditional heroes we get in fantasy stories. Instead the new series of movies (which still have three more films slated for release) have become a reflection of our Post-Trump and Post-Brexit nightmares. A commentary of the new state of Western Culture isn’t an unnecessary thing. Pop-Culture and art are reflections of our world. But Rowling took what could have been a new hero for our changing times and turned it into a convoluted mess of a story.

The Wizarding World wouldn’t be the first universe to be ruined by its own creator. Look what George Lucas did to Star Wars with the prequels. Chris Carter practically cancelled the reboot of The X-Files due to his love of muddled mythology and forgetting we tuned in for Agents Mulder and Scully.

Successful franchises have employed fresh blood to bring in a new take. Star Trek, Fast and Furious, and the James Bond films have continued to thrive by keeping the stories centered on the characters and bringing in a new perspective when the films are in danger of becoming stale.

The Wizarding World needs a new perspective. A new screen writer and director to save the franchise from Rowling. There are so many new talents waiting in the wings who could do the story of Newt and Grindelwald justice. Rowling needs to see the writing on the wall and hand in the reigns. Unfortunately, I don’t see that happening unless the next film bombs at the box office.

The Nerdling was born in the majestic land known as Texas and currently resides there after several years of journeying through Middle Earth in a failed attempt to steal the one Ring from that annoying hobbit, serving the Galactic Empire for a time, and then a short stint as a crew member on the Serenity. Since moving back to her homeland, Nerdling flirted with a hero reputation. Saving children from the dangers of adoring domineering, sparkly vampires (champions with souls are the only vampires worth loving) and teaching normals the value of nerdom, all while rooting for her beloved Dallas Stars. Then came the Sokovia Accords and her short spell of saving others came to an end. With Darth Vader’s reputation rightfully returning to badass status, Nerdling is making her way back to the Empire. They do have cookies, you know. You can find her on Twitter and Instagram.