With the lovely ability to binge-watch, there’s always room for one more TV show in your life. (If you don’t believe us, we hope reason number 5 will convince you otherwise.) iZombie has a little bit of everything awesome: female leads, puns, complex character development, and every cast member has won the genetic lottery. You may have seen promos for CW’s iZombie, but haven’t yet decided to actually watch it. Here are 5 reasons why you should before its final season. 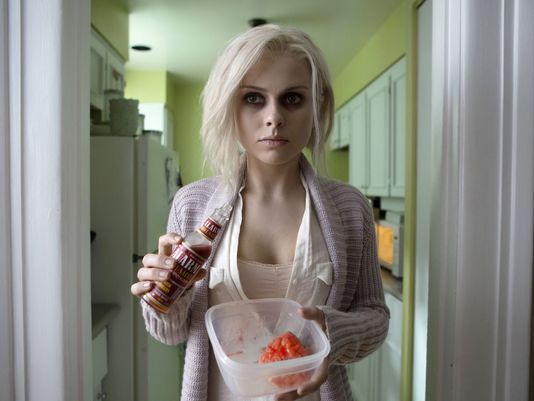 Olivia ‘Liv’ Moore (Rose McIver) makes this show. She is a kick-ass female character who is allowed to be complex in how she deals with life. Liv struggles as she figures out how to live as a zombie, relate to her friends and family, and do some good with her strange situation. Each episode she eats a new brain to help solve a crime, thus taking on some of that person’s characteristics and memories—it’s like watching acting gymnastics as Rose McIver portrays a new person each time, while still being true to Liv. As the lead, she holds the cast as a whole together, and each episode I’m excited to see what adventure Liv is going to take me on.

One of iZombie’s natural strengths is the infectious chemistry of its cast, which spreads through visual and auditory senses, making it more contagious than zombism.

Not a fan of Zombie movies or series, Until I started watching @CWiZombie @imrosemciver & @RahulKohli13 have great on screen chemistry. Serious storylines, funny storylines, belly laugh humour & hilarious witty comments… what's not to love! I have been converted ☻ #iZombie

I have never been this invested in a show’s success. Today I lit a “success” candle and watched iZombie on the CW website and prayed silently to myself. Something worked—maybe just @RobThomas magic—but we get an iZombie season 5! #izombie #livmooreforever pic.twitter.com/EXgvGVZ8LD

Side note: Like Annemarie mentioned, the brilliance that is Rahul Kohli and Rose McIver can be reason enough for watching this series.

Humorous entertainment is guaranteed both on and off screen, evidenced by cast videos and panels. By binge-watching the series on Netflix, you’ll soon discover why fans support the widespread reach of these good vibes. 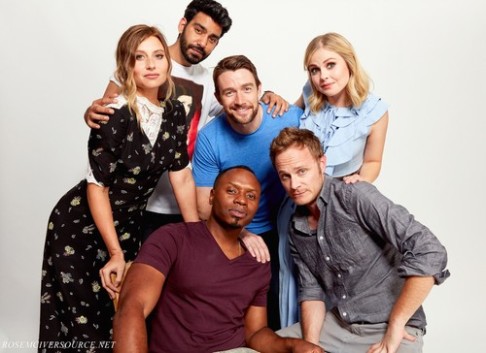 While iZombie is inspired by the comic created by Chris Roberson and Michael Allred, writers/executive producers Rob Thomas and Diane Ruggiero-Wright are the powerhouse for the show. They are also significant contributors to the chemistry fans have witnessed during panels. Truthfully, I wouldn’t mind consuming the minds of either cast or crew, especially if it meant absorbing some of their talent and wit.

This is more personal taste, but I love the camp of iZombie. This is not your normal zombie premise. This take on zombies is also influenced by the film Warm Bodies (2013). Instead we end up with a “zomcomromdram” as they dubbed it at one of their WonderCon panels. Remove the zombies and this would still be a good crime fighting dramedy; however, the zombies add a whole new layer of complexity and camp, particularly since the premise is driven by the needed memories from the brains of the murder victims. One of my favorite campy moments of each show is Liv’s montage of fixing her brains for consumption. She makes everything from tacos, to meatballs, to mug cake with her brain supply. Then, when the brains kick in, her adaptation of the person’s characteristics tends to be exaggerated. It makes for an amusing and campy take on a traditional zombie show.

Have you thanked a fictional antagonist today? If there’s ever risks of dullness, our frenemies set it aflame with their adoration for turmoil; iZombie is overrun by “villains” given the show’s crime-fighting focus.

I won’t be able to cover the entire list of villains, but here are some favorites in the series: Blaine DeBeers (David Anders, above) is the most prominent antagonist. He’s a caustic and volatile personality, shrouded in charm and musical aptitude. Don Eberhard aka Don E. (Bryce Hodgson) is Blaine’s accomplice turned entrepreneur—a guileful but comedic character, driven by money (duh). Other key antagonists include Vaughn Du Clark (Steven Weber), a corporate profiteer who enjoys f%@k!ng people (literally and figuratively) for personal pleasure and gain. Lastly, there’s Mr. Boss (Eddie Jemison) an Al Capone-like figure who demands respect, while sending others to carry out his dirty work.

Multidimensional character development is further supported by dissolving the dividing line between protagonist and antagonist. It’s not uncommon to find yourself suddenly empathizing with your [undead or human] nemesis. If that sort of thing piques your interest, then this is the show for you.

With 13 episode seasons (except season 2 at 19 episodes), this is an easy weekend binge. If you want something fun with great characters, watch it over on Netflix!

-The Nerdy Donut and The Canadian