“You can’t stay in your corner of the Forest waiting for others to come to you. You have to go to them sometimes.” —Winnie-the-Pooh 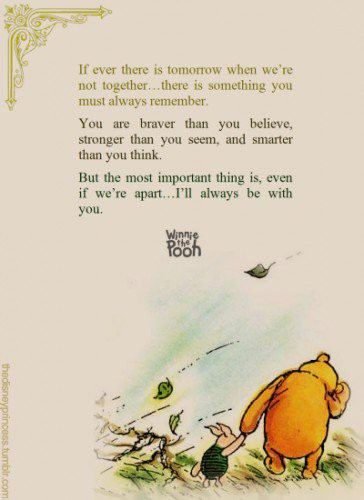 “‘When you wake up in the morning, Pooh,’ said Piglet at last, ‘What’s the first thing you say to yourself?’
‘What’s for breakfast?’ said Pooh. ‘What do you say, Piglet?’
‘I say, I wonder what’s going to happen exciting today?’ said Piglet.
Pooh nodded thoughtfully. ‘It’s the same thing,’ he said.” —Winnie-the-Pooh 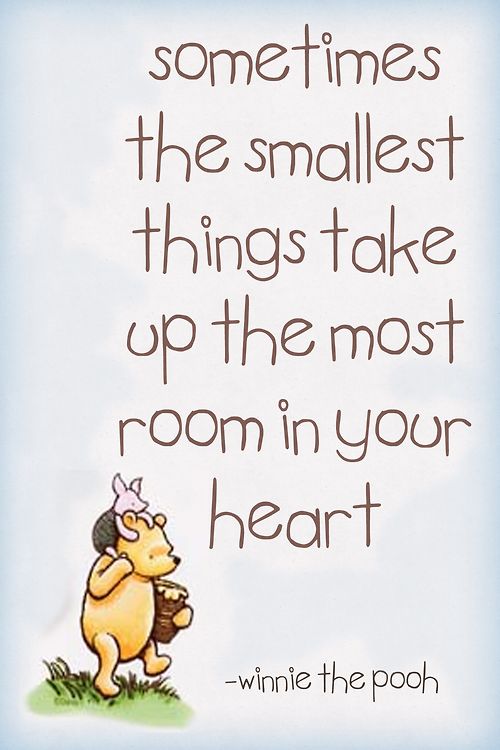 “Piglet noticed that even though he had a Very Small Heart, it could hold a rather large amount of Gratitude.”—Winnie-the-Pooh 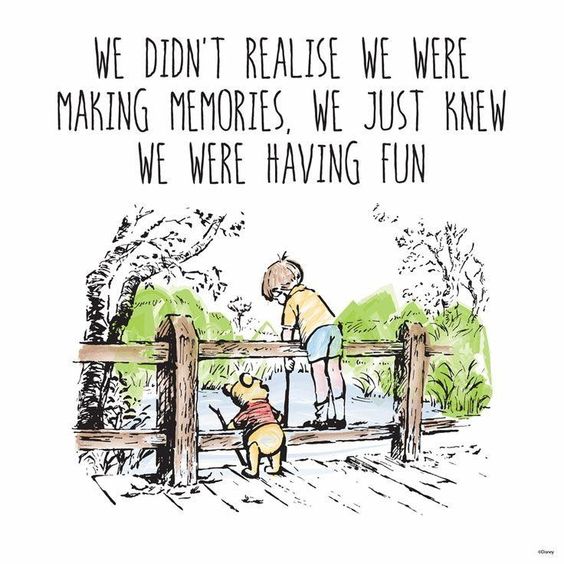