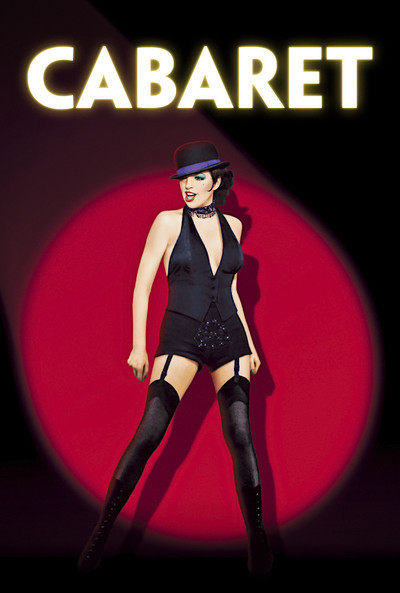 If you’ve never heard of this musical, it’s a glittery, hedonistic, and seductive affair. A young British man comes to Berlin in the early 1930s to teach English, and he meets (and falls in love with) a night club singer, who brings him into her world of music, dance, sexual liberation, and nonconformity. Cabaret won eight Academy Awards and was lauded for its mostly subtle–yet controversial–discussion of politics, sexual identity, and early Nazi Germany.

Cabaret is like a sleight of hand, luring you in, misdirecting you, and then revealing its trick at the end in a way that sticks with you. I first saw the film when I was in my late teens–still figuring out who I was and who I liked–and it mesmerized me, it dazzled me, and then it quietly stabbed me with its political poignancy, much like an assassin. While the Fraulein Sally Bowles (Liza Minnelli) exudes charm and sexiness to seduce the naive Brian Roberts (Michael York), you don’t even really notice the increasing threat of the Nazis. You’re distracted (as is the point, I’m sure) by Sally and Brian’s affair, by their menage-a-trois with the rich and handsome Maximilian. You’re invested in Fritz and Natalia’s turn as star-crossed lovers, but it doesn’t really sink in how tragic their love is going to be until the lights dim in the Kit Kat Club in the final scene. The lights dim, the music hits discordance, and in the reflection of the club’s mirrored wall, you see a line of Nazi officers.

This is one of my favorite films, and if you haven’t yet experienced Cabaret, I highly recommend it.

Cabaret is available to rent on Amazon Video.