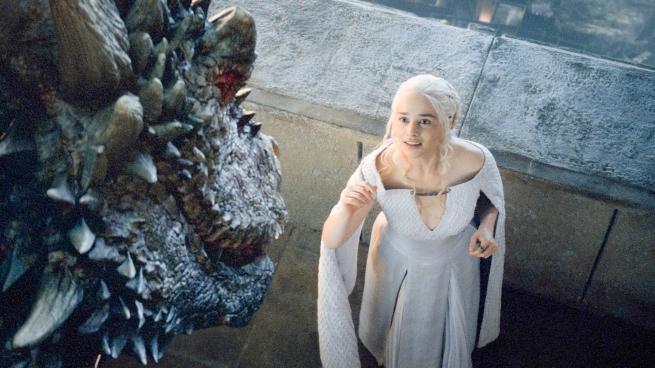 “After We Fall” by VERDIGRIS

How can she ever let him know how he made her feel–respected, comforted, loved? At home. All the houses she’d allied with from Westeros came to her because they wanted revenge over their own enemies. They called her “Your Grace” in the throne room but still they made her feel like a total stranger. Jon Snow called her “My Queen” in the quiet of his cabin, with no one but himself and Daenerys to hear.

He made her feel at home.

She couldn’t allow herself to think these things yet, but she could let her actions tell him for her.

I know this ship isn’t for everyone, and that’s probably why there’s such a lack of good fanfiction written for them. However, the show is  what it is, and because I am who I am, I wanted more than the unseen development of Jon and Dany’s relationship. Bless this fic writer for giving us a little glimpse into the unseen moments between episodes. It’s short but sweet, and really well characterized.

Read this if you ship Jonerys.

*Disclaimer: It goes without saying that fanfiction is not true to life.