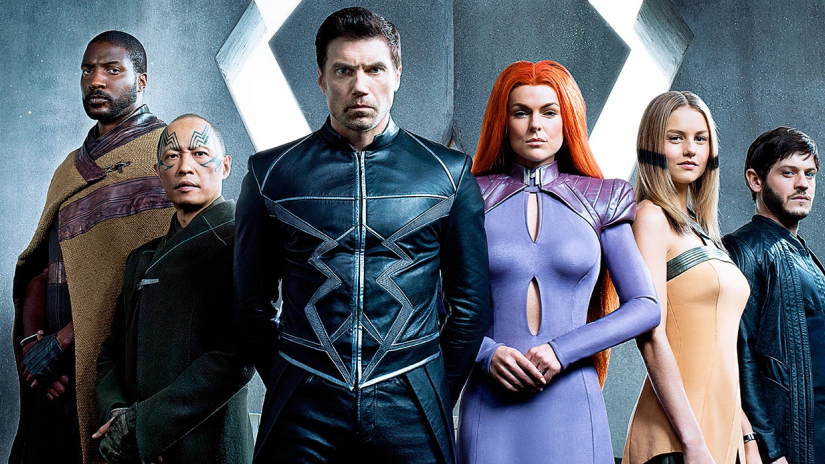 San Diego Comic Con International 2017 has only just started, and there’s already an influx of pop culture news for nerds like us. From the announcement of Stargate Origins to a look at the final season of Teen Wolf, there’s a lot to choose from; and with an intense convention like SDCC, there will only be more to come. A frontrunner at every Comic Con is Marvel Studios, and they started things off with a show that…well, not everyone is excited about.

Marvel’s Inhumans hasn’t even premiered, and it already appears to be the worst thing they’ve produced in a while. Is it the method of adaptation? The seemingly bad special effects? The stilted dialogue? We won’t be totally sure until September. However, the new trailer released today does make the show seem slightly less of a total and complete failure. I’m sort of hoping for a corny vibe—you know, the kind where it’s so bad that it’s good? Perhaps this will be the Sharknado of the MCU.

At this point it’s hard to tell how the show will do, although my spidey senses are telling me it won’t be great. (I mean…did you see Medusa’s hair???) I do, however, have an amazing feeling about Kingsman: The Golden Circle. Also premiering in September, this sequel to Kingsman: The Secret Service (2014) looks like it has all the makings of a good time—I mean, can you go wrong with a story based on a comic book that makes fun of classic spy films while also starring some incredibly sexy individuals who have wonderfully witty lines? I think not.

Anyway, I digress. During today’s Kingsman panel, Fox premiered an amazing animated short in which Eggsy meets the one and only Sterling Archer. Which one do you think is the world’s greatest spy?

For more SDCC 2017 news, keep your eye here on The Collective, and be sure to follow our social media channels for news and photos live, straight from the convention floor.