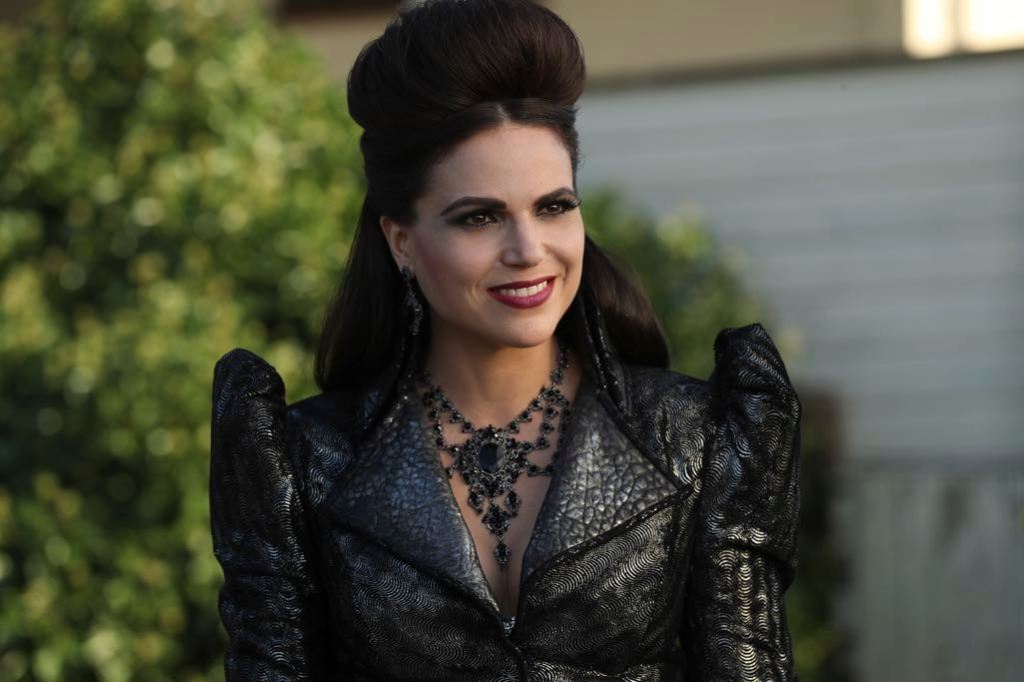 In the capital city of Agrabah, Aladdin is hired by Princess Jasmine to find a magical weapon to save everyone from Jafar’s evil influence. As it turns out, the weapon is not an object, but the Savior—Aladdin himself. Jafar informs Aladdin that the fate of all Saviors is death, and offers him a pair of shears that can sever this destiny. After breaking Jafar’s staff and freeing the Sultan from the vizier’s spell, Aladdin uses the shears to change his fate. What he doesn’t realize is that he may have doomed the city (and its inhabitants) to Jafar’s rule after all.

Years later, Jasmine is searching for Aladdin in Storybrooke. Emma realizes that he was once a Savior like her, and hopes that if she can find him alive it may mean that her visions do not spell out her death as she once thought. Emma finds Aladdin in a crypt, and he gives her the shears to offer her the same escape route that he took. Emma decides not to use them and asks Hook to destroy them for her. Hook agrees, but then hides the shears away because he is terrified that otherwise, Emma will end up dying as her vision predicted.

Somewhere on the seven seas, Hook is recruited by Captain Nemo of 20,000 Leagues Under the Sea to help retrieve a mysterious treasure. While onboard the Nautilus submarine, Hook realizes that his half-brother (whom he had left orphaned when he killed his own father) is alive and well, and part of Nemo’s crew. Things go awry when Liam realizes who Hook is, and attempts to kill him, but stabs his captain by mistake.

In Storybrooke, Henry finds out about Hook’s deception of Emma, and tries to confront him. However, they are both captured by Nemo’s crew and taken to the submarine. Hook confesses his family history to Henry, and explains that he only kept the shears to save Emma’s life because he loves her. He helps Henry escape the submarine and decides to face his vengeful brother. It is discovered that Nemo didn’t actually die, and Liam decides to attempt forgiving Hook.

Meanwhile, Mr. Gold and the Evil Queen are in cahoots: literally. Their apparent chemistry (which didn’t exist until now, but whatever) has led to mutual interest, even though just moments ago Rumple was trying to win Belle back. Belle has no idea that her husband is getting it on with the Queen, and decides to leave him a copy of the sonogram of their unborn son.

Before the dark curse, Snow is running for her life from the Evil Queen. Unbeknownst to her, David the Shepherd (who has not yet become Prince Charming) is in the same forest as her, on the way to sell his family’s farm. Their paths cross when a woodcutter who was hired by Regina to find Snow knocks David out in order to use his sheepdog Wilby to track the princess. The woodcutter locks Snow inside an enclosed wagon, but David kills the Woodcutter before he can make off with his prize. He tries to unlock the wagon, but Snow asks him not to look at her face as it might put him in danger too. She gives him all her money to help him keep his farm, and as a thanks for saving her from certain death at the hands of Regina. As she passes him the coins through a hole in the wagon’s siding, their hands touch for the first time releasing a spark of magic that grows into a small, but powerful, sapling.

In the present, the Scooby Gang try to find where the sapling ended up in Storybrooke in order to save Snow and Charming’s shared heart from the Evil Queen. She has threatened that if they do not surrender, she will kill everyone in the entire town with water from the River of Lost Souls. When the sapling plan fails, the two decide to turn themselves over because they want to keep everyone else safe, and because they trust that their love will keep them together. The Evil Queen takes their hearts, but suddenly gives them back…with a twist. Since they each share half of one heart, she puts just one curse upon it. When Charming is awake, Snow will be under a sleeping curse. As soon as Charming kisses her back to life, he falls under the sleeping curse. As long as the curse remains unbroken, they can never be awake at the same time…and can never be together. 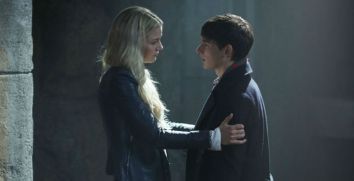 There are so many things that we can discuss at this point in the show, but just one has stood out to me. After six years, the writers still manage to give us valid and meaningful moments in the Snow/Charming backstory. After six years, they still make me cry at the thought of this couple being separated. After six years, I still care about two people’s love story that has not yet gone stale. Kudos to you, OUAT writers. You have created a powerful connection between your audience and this fairy tale that has yet to fade. While other aspects of the show waver, there is one thing we can always count on: that Charming and Snow will always find each other.