edit by the Collected Mutineer

If you’ve been following along with the Killjoys posts, you know we’ve been recapping the episodes weekly, but now that the season is over, we’re going to change it up a bit and chat more about the season as a whole for our intrepid trio, vs what went down episode by episode.

We had some incredible highs this season, as well as some devastating lows.  Michelle Lovretta, creator and executive producer, along with her team of writers, crafted a really tight set of ten episodes that I felt flowed together really well.  I didn’t feel like there was ever a gap where I wondered what everyone had been up to or worried that I was missing anyone, something that I have experienced with other shows and am highly attuned to.  There was a flow to the episodes where we did get that sense that time had passed where the killjoys had been taking some much deserved R&R, had been waiting for a transmission from one of their many contacts, or had just been en route to a destination so we missed the minutiae of space travel, perhaps Johnny and Lucy chatting in the cockpit (which let’s be real, I could watch an entire episode of that!). 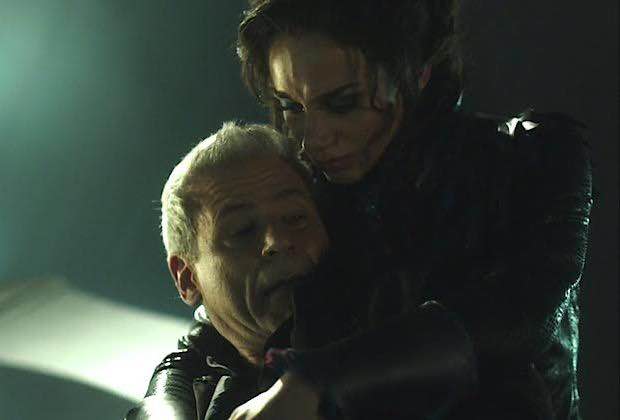 A huge chunk of season one was devoted to world building so this season seemed to allow for more precise fine tuning of relationships in addition to the mytharc.  We were able to see D’av and Dutch work on rebuilding their trust after the events of last season amidst D’avin discovering his abilities with the plasma and Dutch confronting her fears of the Level 6 program and Khlyen himself.  D’av and Dutch still have a spark between them, but I really liked that they didn’t fall back into bed together.  Their priorities became a partnership as teammates and friends first, and the relationship as lovers second.  Early on in the season, there was a bit of a love triangle brewing between Dutch, D’avin, and Alvis, but it was short lived, which I was grateful for. It’s a tired trope, and it had more to do with the mytharc of the plasma in the end anyway, and it was interesting to see Dutch show her vulnerability to someone in a new way.

Dutch continues to be a really enjoyable character to watch.  Lovretta crafts amazing female characters with so many wonderful facets — strength, vulnerability, smarts, leadership, the list goes on and on, as well as these great secondary characters that they play off of so well.  This season Dutch gravitated towards Alvis, the monk, a lot and was able to reveal her more vulnerable side that we don’t get to see as much.  It’s refreshing to see your hero’s flaws.  Without them, there isn’t dimension and humanity for us to relate to when we try to see ourselves in them.  Dutch struggled a lot this season with fearing that she was becoming a Level 6 herself, a soulless killing machine, devoid of humanity or compassion or control over her own path.  Several times over several episodes, Dutch was confronted by herself.  These turned out to be hallucinations or dream sequences and spoke to the war she was fighting within herself to hold on to her heart, but they also alluded to the very real doppelganger of Aneela, Khlyen’s daughter, who we found out about in the finale.

Khlyen’s ultimate sacrifice to destroy the plasma, and the alien parasite within in that was revealed to give the Level 6’s their abilities, was a huge win but also a major blow for Dutch.  He was this nemesis that she had been fighting for so long, yet also very much a father figure in her life from a very young age.  Much of Dutch’s story seems to often hinge on duality; remaining neutral as a killjoy, the struggle as a woman to be strong but also be vulnerable, and that love/hate relationship with Khlyen.  His sacrifice to destroy the plasma on Arkyn closed the door on this chapter of the story with the plasma, but it opened a new one with Aneela, which we will see more of in season 3.

Johnny’s arc this season had a lot going on.  He made some choices outside of his partnership with Dutch that got him in hot water and it looked like he was going to leave the team for a minute there.  He fell in love and got married, to a Lady no less, he helped save the people of Old Town, though in the end Pawter did that all by herself, which I loved her for doing (even if her methods were painful to watch), and then he experienced unimaginable loss just as it looked like he was going to be able to stay with the team and Pawter was going to come with them too.  Johnny and Dutch’s friendship on this show is rock steady and one of my favorite aspects of the show and it was hard to watch it waver even a little bit.  The scene where Johnny comforted Dutch in her grief over Khlyen while still reeling from Pawter’s death was especially poignant, but not it still didn’t make me cry nearly as hard as the moment where Lucy refused to open the door for him when he tried to slip away after shooting Delle Seyah.  Johnny and Lucy are a major weakness for me; I love relationships between a man and his cyborg/ship/robot type character.  I was very happy to see that she had arranged to have Clara keep him company wherever he heads off to next, which we’ll see next season. 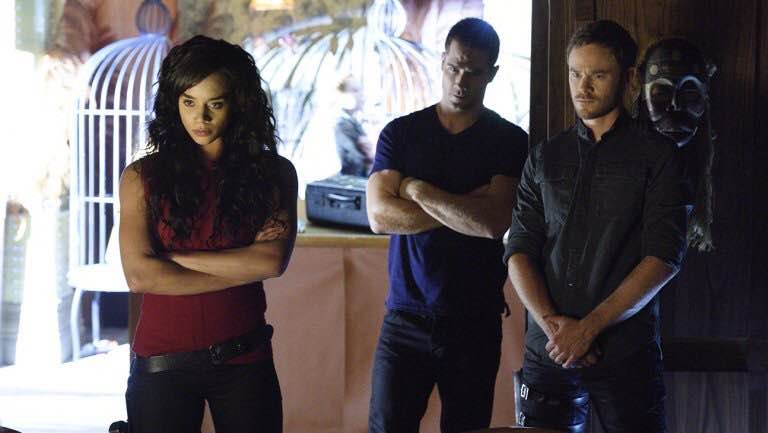 So those are the pretty broad strokes of the season for our killjoys.  They fell in love, vanquished enemies, discovered new challenges, made new friends, lost their way, honed their abilities, suffered terrible losses, and yet through it all, they were a team; united and strong and there for each other.  I am so stoked that this little smart and sassy show got renewed for a third season already!  Enjoy hiatus Killjoys fans, don’t forget to drop a line on twitter with the cast and crew on Twitter. We’ll see you back in the Quad next summer to serve more warrants and drinks after at The Royale.

A Little Bit About Emmy: I’m a science nerd with a degree in Chemistry. I work at Lush and I’m probably watching all your favorite shows and headcannoning everyone as queer.  I’m currently watching The X Files and Stranger Things on Netflix and I am stoked for How To Get Away With Murder, The Walking Dead, Supernatural, Dirk Gently this fall, and that’s just for starters!  I write Destiel, Cockles, and Stucky fanfic too.  You can find me on Twitter, Tumblr, and AO3.