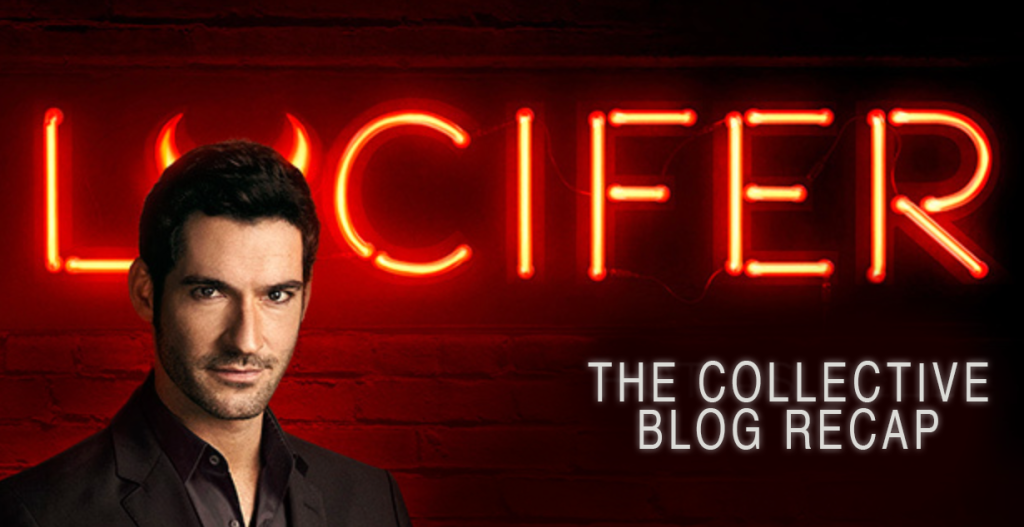 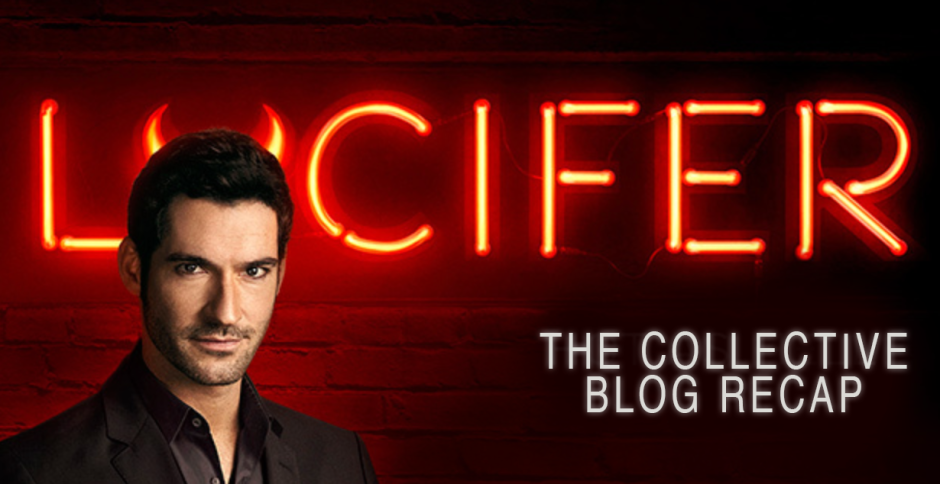 This little known DC release, Lucifer, is a spin off from the very popular title The Sandman – written by Neil Gaiman. The comic series, which is under the Vertigo imprint, continues this character’s story arc within the wider DC universe – even meeting with John Constantine once! Here are my thoughts…

Well, Lucifer just turned the dial up to 11 and delivered the best episode yet.

We begin at Lux, where Lucifer invites a pizza man to join in the fun with not two but THREE Britneys! However he doesn’t seem to be having as much fun as everyone else around him, later Dr Linda’s she suggests that despite being surrounded by people he is lonely.

The next day a priest comes to Lux seeking some help from Lucifer, wanting to bring down a man named Arietta whom he believes is running a drug operation from a youth center. At first Lucifer refuses to help a man of God, but then becomes preoccupied with trying to find fault in him.

Chloe and Lucifer attempt to meet Arietta to question him but find him dead, beaten with a baseball bat, a voice modulator lay nearby. Another councillor named Doyle tells them that Father Frank was there that morning arguing with the man. They also speak to Connor (the boy Father Frank wants to protect) and a girl, they find out Frank was obsessed with Arietta and trying to prove his theory.

Back at the church Father Frank admits he was there and he punched him, but denies killing him. Lucifer firmly believes him to be the killer, that is until outside the church Father Frank is victim to a drive by shooting. Chloe then discovers he has been threatened (via the use of a modulator) and he was protecting Connor by hiding his involvement in the drug ring. Apparently there is a new leader calling himself ‘The Spider’ and he wants to get rid of Frank.

Meanwhile at the station Malcolm is back on duty and assigned as partner to Dan, much to his displeasure. He blackmails Dan and threatens Chloe to get him to retrieve something from the evidence locker. Dan fulfils this task reluctantly and gives Malcolm the gun from evidence. Later we see Malcolm and Amenadiel at a bar, where it is revealed the angel has a task for him or he’ll be headed straight back to hell.

Lucifer and Chloe keep Frank at Lux for protection and Lucifer discovers Frank found God through a car accident in which Conners parents and his own daughter were killed. Every since then he has tried to be a father figure for Conner. Finding him not as annoying as he first thought Lucifer and Frank begin to bond over the piano in a very heartwarming scene, this is where Chloe interrupts the pair with a lead of the case.

They follow a drug deal with the girl from the youth centre, who then passes the money to Connor, when he spots Chloe he fires a gun into the air and escapes. Frank refuses to believe Connor is ‘The Spider’ and goes to take a phone call, then disappears. Luckily Maze heard him talking to Connor and they follow him to an abandoned church. There they find Connor with a gun pulled on Father Frank, but it is in fact Doyle from the center trying to force him to shoot him. Connor decides he can’t and Doyle then makes a move to shoot him, but Frank jumps into the way and is mortally wounded. Lucifer is uncharacteristically upset about the priest and weeps over him as he dies. He finds out Frank knew all about him and his past and still was his friend, he tells Lucifer ‘remember that your father has a plan’ as he dies. Lucifer then tries to choke the life out of Doyle in an intense rage, but Chloe manages to talk him down, saying Father Frank would not want this.

That night in an emotional scene Lucifer shouts up at the sky to God, wanting to know what it takes to please him, since Frank did everything right but still died.

Choe and Dan attempt to talk about last episodes kiss, but both are too distracted (Dan with Malcolm and Chloe with Lucifer.) Chloe then shows up at Lucifer’s, saying she thought he’d need a friend. Reluctantly Lucifer plays with her the only piano duet she knows… Heart and Soul (Yes like from Big!)

The episode closes at the diner with Malcolm, Amenadiel seems to be losing his patience and demands he get on with his task, to kill Lucifer.

Things we learnt this episode:

Lucifer is starting to understand his purpose.
Chloe and Lucifer are closer than ever.
Amenadiel is plotting Lucifer’s assassination.
Maze has yet to be forgiven for her betrayal.

Lucifer is scheduled to air Mondays on Fox (9/8c).