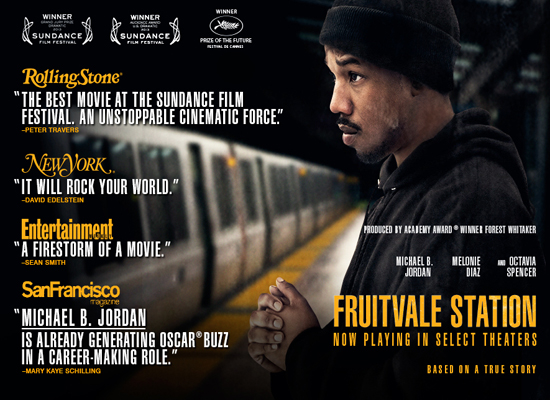 Black Cinema is an important way for us as a people to learn about our heritage and shared experiences. Here are 5 films that have personally touched me as a black woman and a human being on this planet. If you haven’t seen the movies below, I encourage you to check them out and if you have seen them, let me know in the comments below.

Find me over on Twitter and Tumblr for more of the same.

Yes, I’m starting with one of the most iconic black films ever produced, created from one of my favorite texts by Alice Walker. There is a cast of strong female actors, there are themes of sexuality, blackness and feminism and it’s still one of my all time favorite films. Watch the movie, read the book.

If you love music and biopic films, I highly recommend this movie. Diana Ross is amazing as Billie Holiday and she brings to life the tragic story of an American jazz legend in this classic black film. The music is lovely and Diana Ross does a wonderful job exploring the dynamics of Holiday, as she fell deeper into the music industry and drug use.

Beasts of the Southern Wild

This beautiful cinematic masterpiece won all sorts of awards–from an NAACP award to the Jury Award at Sundance. It’s a gorgeous film set in the Deep South, where nature is queen and young black folks do what they must to survive. The cinematography alone makes this worth the watch, while themes of family, hope and blackness resonate throughout.

I’ve had this film on my Netflix queue ever since it was released to the site, but I can’t bring myself to watch the film in it’s entirety, because I know how it ends and I start crying about 20 minutes in, each time. This biographical film about Oscar Grant’s death at the hands of BART police on NYE in San Francisco is a poignant and honest look at the life of a young black man in America. Never heard of the tragedy? Watch the film, look it up and be educated.

The Family That Preys Together

Oh, you thought you were going to get through this list without a Tyler Perry movie? He’s not all grandma’s in drag–not that there’s anything wrong with that–this film explores the relationship between a black family and a white one, who have a lot of history and a lot of pain between them. The exploration of family values is intense and very, very real (I see myself and my sister in the dynamic SO MANY).