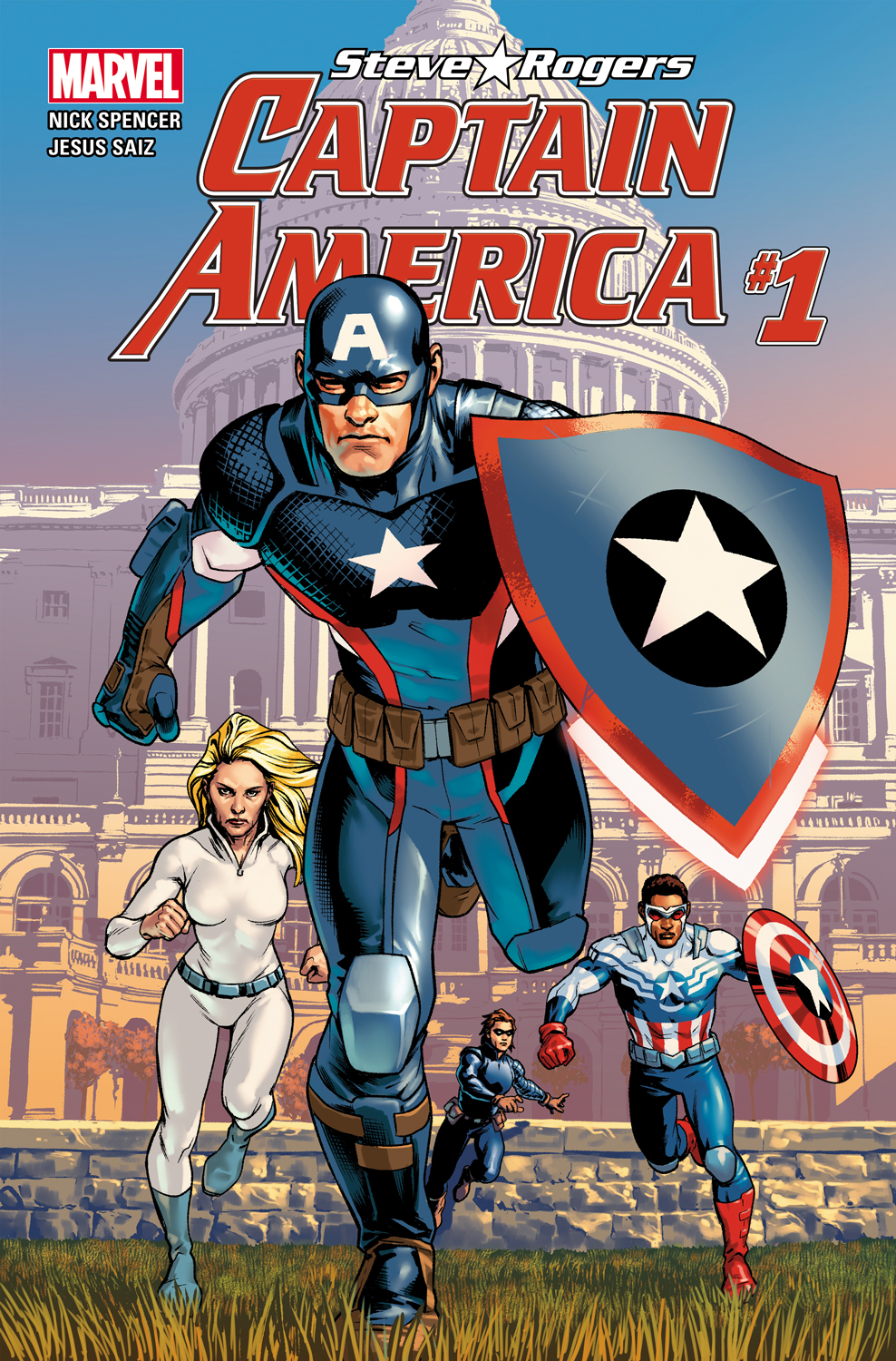 Comic giant Marvel has announced today that its First Avenger will pick up the shield once more this spring in a new series, Captain America: Steve Rogers, written by Nick Spencer with art by Jesus Saiz. The title had been passed to Rogers’ good friend and ally, Sam Wilson (formerly The Falcon), after having been stripped of the Super Serum and forced to work in a behind-the-scenes capacity.

In their press release, Marvel has this to say of the new series:

The All-New, All-Different Marvel Universe is in turmoil. The threat of impeding Hydra forces grows by the day worming their way into Marvel’s Super Hero community. Anyone can be a threat, and no one is to be trusted. But what is Hydra’s ultimate goal? There is only one man who can challenge the threat of Hydra – Captain America himself – Steve Rogers!

This is not to say that Sam Wilson will be The Falson again anytime soon–he’s still Captain America too (see what I did there?). And he gets his own series, also written by Spencer–Captain America: Sam Wilson.

So now there are two superheroes risking their star-spangled asses to fight the good fight.

Anyone else excited for the return of Steve Rogers? The continuation of Sam Wilson as Cap?

We are headed to SDCC 2016, where we will be able to bring you many more comic exclusives and interviews. Please click here to support our coverage of the biggest nerd event of the year.