The Darkness has disappeared, but it’s left behind some not-so-nice minions that are half-Croatoan/half-Leviathan. The Winchesters find a surviving sheriff’s deputy who was somehow not infected while the rest of her colleagues became rage monsters. They take the deputy to a hospital to sort out her injuries and meet a man named Mike, who has hidden from the rage monsters in a supply closet. The Winchesters learn that Teh Darkness only controls these humans for a short while before killing them–which is good and bad news. Good news because there’s an expiration date, but bad news because Mike is infected, leaving his newborn daughter an orphan. 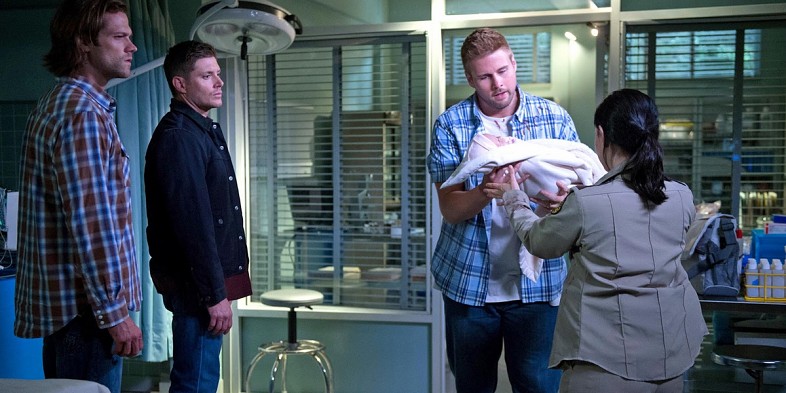 After a disagreement between the brothers (more on that in a minute), Dean escapes the hospital with the deputy and the baby, while Sam causes a diversion. Sam, however, does not escape without harm–he is infected by the rage monsters and hides in a storage closet, presumably to sniff paint thinner until his time runs out. 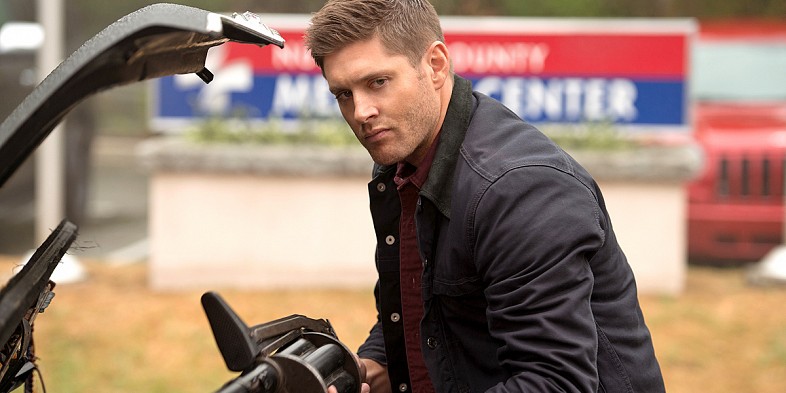 We know that the Darkness considers itself ‘bound’ to Dean (not to be confused with the bond that he shares with Castiel), and the Darkness takes a shape of a beautiful white woman. Because of course the most primordial evil in the universe should take the recognizable shape of a Victoria’s Secret Model.

why can't the darkness be a hot dude? #SuperCollective

The Dean we see is the Dean we’ve come to grudgingly accept over the last two seasons–the kill first ask questions later. At the end of season 10, he killed Death instead of Sam, and now the only person he’s interested in saving, aside from himself and Sam, is the baby. Considering the baby, Amara, bears the Mark, it seems like Dean and the Darkness are a little more ‘bound’ than we all thought…

Unlike Dean, Sam is showing a great deal of remorse for the way the brothers have been treating their mission. “When did we forget how to do this?” asks Sam.

It’s a great question, one that the fandom has been asking for a while.

‘Saving people’ means saving all of the people, Dean. Not just that baby. Not just each other…We have to change. -Sam

Sam’s been down this road before. He’s unleashed the Apocalypse and almost destroyed the Earth, and he, more than anyone, understands the guilt that comes with it. One of my biggest issues with the end of season 10 was the Winchesters’ blatant disregard to the consequences of their actions, and Sam’s introspection is the beginning of a long (and painful) path back to the way things should be.

Oh, Cas, my poor broken baby, when will the writers do you right?

Castiel, after attacking Crowley under the effect of Rowena’s spell, runs away and hides, unwilling to hurt an innocent. He calls upon Heaven to help him–and that’s the biggest indicator that Cas is losing control. It would take a force stronger than Heaven to get him to this point–and Rowena seems to be that force. He calls Dean, and oh it hurts to think that he calls because he wants to make sure Dean is okay and that he can say goodbye to his friends.

Castiel’s angelic brethren are still dicks, and instead of fixing our trenchcoated angel, it looks like they’re going to break him some more.

Don’t mind me, I’ll just be crying in the corner until someone fixes my heart. 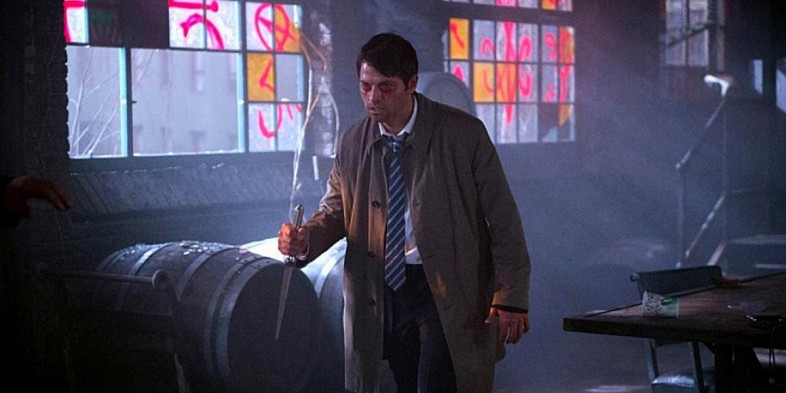 If the premiere is any indicator, this season will emphasize the myth arc brought forth in Teh Darkness, but it looks like there will still be the quintessential Winchester angst, since Dean and Sam are already lying to each other about, you know, almost dying.

Speaking of Teh Darkness (no, that’s not a typo), let’s talk about Dark Baby. The popular assumption on the interwebs is that Dark Baby (aka Amara) is the Darkness–the woman that we saw with Dean has been reborn into a human vessel.

But if Amara is a baby, that erases her as a possible vent for Dean’s heterosexual urges, so really, I think it’s more likely that Dean and The Darkness Lady are “bound” together because they somehow created Dark Baby. Who’s more bound together than people who parent a world-destroying infant?

Whether or not Amara is the baby or not, the Darkness is bad news. If Castiel and Crowley agree that it’s a big, old, scary, then it probably is bigger than anything we’ve seen before. And, let’s not forget, Crowley’s minions told  us that Michael and Lucifer are restless in the cage because they know something is coming.

Hey, boys, I bet you wish this was just the Croatoan virus again, don’t you?

(Yeah, I’m still holding out hope for this. Sue me.)

Until next week, SPN Family.

Have Supernatural thoughts? Let’s chat on Twitter or Tumblr.