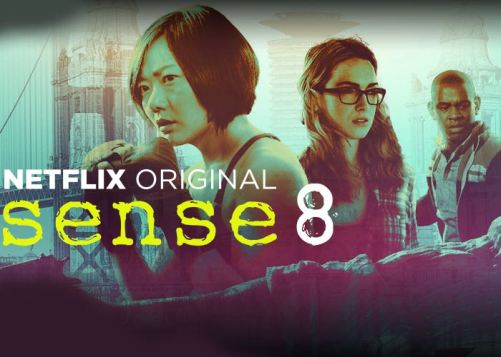 Today, Sense8 held an unofficial panel at San Diego Comic Con and I waited in line for two hours to enjoy a discussion with show writer J. Michael Straczynski. Unfortunately, Netflix did not sanction the show’s cast and crew to appear on a panel at the Convention, so Straczynski represented the new series to fans he dubbed the “Clusterfucks” and thanked us for supporting the show even when the company wasn’t so sure (I am excited about the name TBH). Along side 1000 of my closest friends, I live tweeted the panel and got a few tidbits of meta discussion from one of the three creators of this groundbreaking series. The take away? 1) Sense8 hasn’t been renewed by Netflix yet (which is why they didn’t take the show officially to SDCC) but the team is hopeful 2) Identity, gender and privacy are the main themes of the show and 3) the Wachowskis are badass, twisted, creative geniuses.

If you haven’t binge watched Netflix’s original series, Sense8, go do so, NOW. It has the most diverse cast in terms of race, gender and sexuality I have ever seen on television and is shot all over the world–from San Francisco to Seoul, Iceland to India. Also, it’s pretty badass.