Our Kick-Ass Women in Comics week has given me the opportunity to gush about my favorite topic: superheroines who are just as cool as, if not cooler than, the men whom they fight alongside. The list of kick-ass women I admire is a pretty long one, but I’ve narrowed it down to three specific ladies. These women are not only superheroines; they fill roles that have been traditionally male. 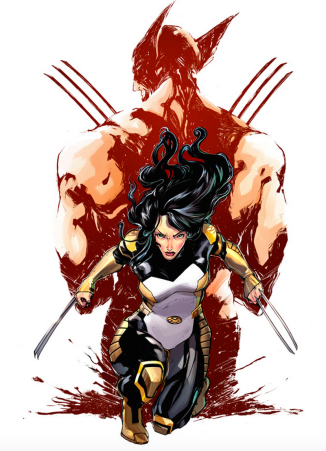 When someone hears the name “Wolverine,” they likely think of Hugh Jackman’s incarnation in the X-Men film franchise. But let us not forget that once upon a time, Logan was cloned. The result was a female version of the Wolverine who was raised with the sole intention of being a weapon. The young experiment was kept captive and taught the skills of an assassin. After a rough start (let’s add a few years of prostitution and self-mutilation after she accidentally killed her surrogate mother), she eventually falls in with the X-Men and enrolls at the Xavier Institute. It is easy to sympathize with X-23, as well as fear her. She has no social skills and has a difficult time adapting to society—she struggles with identity, self-harm, and depression, while at the same time being a dangerous killer. As tortured and interesting a character as her original, X-23 is my new favorite heroine. 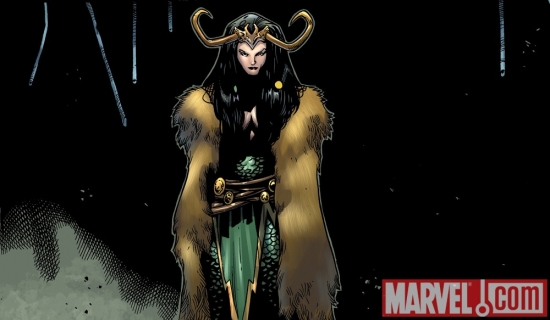 Okay, so Loki’s standing as a hero/heroine is negligible. Loki is usually a villain, unless you count a few storylines such as those in the Agent of Asgard arc. Labels aside, Loki is a compelling character based on the Norse god of the same name, and a current fan favorite. In the mythology, Loki is often considered a sexually ambiguous individual, who uses his shape-shifting abilities to get into all sorts of carnal scenarios (e.g. he once gave birth to a horse…). In Earth-616, Loki is now officially bisexual as well as gender-fluid (literally). Post-Ragnarok, Loki takes over Sif’s body and lives as a woman (at one point he also inhabits the body of the Scarlet Witch). As Lady Loki, our favorite villain is up to her best tricks: causing mayhem, planting doubt, starting fights, and manipulating every situation to her benefit. She even time travels to ensure that she is adopted by Odin as a baby. Basically, you want Loki on your side, regardless of gender.

*Just to clarify, we’re talking about the current Thor, not Prince Odinson

I’ve written about Marvel’s new Thor twice already, and I still have more to say! No one is more manly man than our typical Thor, all “muscly and everything.” He’s dripping in testosterone and man-rage…until he loses power over the hammer, and the title gets transferred to none other than his former love, cancer victim Jane Foster. While in the form of the goddess of thunder, Jane is as strong as Prince Odinson—Mjolnir actually seems to prefer her to its previous master, as it does all manner of things that Odinson could never control. As Thor, Jane was part of the Secret Wars arc, and one of the few survivors. At this point in her stint as Thor, she is more worthy, more relatable, and more interesting than Odinson. She is just as powerful as he ever was, while still retaining her femininity (as much as I hate to use that word). There is no compromising of her womanhood, no question that she is both female and a major badass.

If you haven’t seen our other posts that celebrate female superheroes, please check out Diva’s Super Heroine (Geek) Chic, That GeekOnline’s Catwoman Makeup Tutorial, and the Collectress’s heroine-centric fanfic recs!

P.S. Who is your favorite bad-ass woman? Tell us on Twitter @ImpalaMutineers. Also, if you haven’t seen our San Diego Comic Con fundraiser, please check it out!