When and if society attempts to rebuild in a post-apocalyptic world, the living will most likely become our own worst adversaries. While the necessity of loyalty and the importance of protecting your own may seem obvious to Rick’s Tribe, the Alexandrians have allowed petty differences and fears to dictate their choices. Behind the wall, the group has become idle and weak, falling back on bad habits and cowardice. After weeks of doubting the Tribe’s intentions, it seems that they actually may be exactly what the city of Alexandria needs. 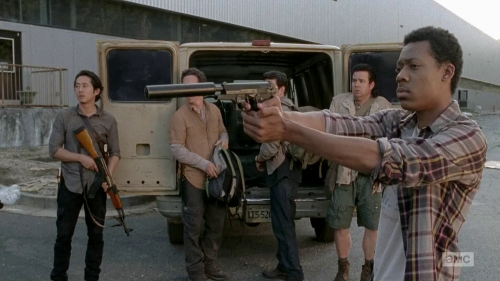 While Father Gabriel is convinced the Tribe is not worthy of redemption and does his best to convince Deanna of it, Rick’s group continues to show compassion, loyalty and affection to those they consider family. Deanna mentioned to Rick when they first met that she wanted to be considered part of his “family”, and it seems to me that now would be a good time to get on Rick’s good side, because the others in Alexandria are starting to show their true nature, and it isn’t pretty.

The Alexandrians have a habit of leaving others behind to save themselves, which becomes apparent to Tribe members as soon as they venture outside the walls. The Tribe recognizes the need to work together to keep Alexandria strong, and so Eugene, Tara, Noah, Glen, Nicholas and Aiden head to a nearby Solar plant to pick up supplies for the failing power grid. Tribe members placed on the “run team” have already exhibited skill and know-how in terms of fighting walkers, scouting and surviving outside the walls, while Alexandrians Aiden and Nicholas have proved to be less than savvy. Their over-stimulated egos are futile when the team is attacked by walkers and the team needs Nicholas’ assistance to save Aiden. The bravado is gone, replaced by a distinct cowardice to save his own skin, and Nicholas runs away from the scene multiple times, not only getting his own friend killed, but sacrificing Noah, as well. 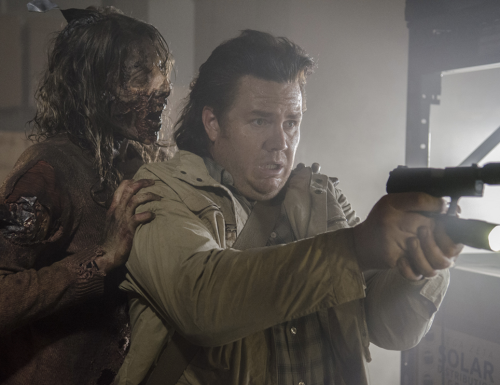 In distinct contrast is Eugene, who has claimed to be nothing BUT a coward, yet, when Tara is in need of his help, he swallows down his fear and does his best to save her. Nothing about the man screams “hero”, and yet when Tara is knocked unconscious from the blast (caused by Aiden, who shot a military walker who had a grenade strapped to his chest), Eugene tosses her over his shoulder and shoots his way to the van, distracting the walkers long enough for the trapped team members to escape. Unfortunately, Nicholas has other plans and, instead of working as a team, he thinks only of himself, squeezing out of the revolving zombie door and running to safety. Once again, Eugene proves he is a loyal Tribe member by confronting Nicholas and giving Glen enough time to return to the van–but without Noah, who was ripped to shreds by walkers because of Nicholas’ actions.

Not only does Eugene display bravery in the face of adversity, but Abraham also shows that he is willing to fight for Alexandria and it’s inhabitants. When Tobin’s construction crew and Abraham are met by a walker horde during proposed wall expansion, Alexandrians are again willing to run away and leave Francine, one of their own. Abraham, fearlessly holds off the walkers and then leads the construction crew in the building project, even though they want to give up and go home for the day. It’s important to note that Tobin goes back to Alexandria extolling Abraham’s team work and skill to Deanna, giving up his position as crew leader in favor of Abraham taking over. Even he understands that, without the Tribe, Alexandria is not as secure as they would like. 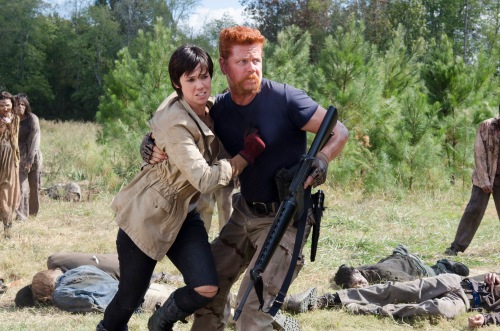 Back within the walls, Carol and Rick are learning more about the everyday happenings of Alexandrians, starting with the Anderson family. Jessie, Pete and Sam are all acting strange, and it seems that Rick’s intuition to shoot Pete in the back may have been spot on. After Carol spends time baking cookies and trying not to befriend Sam, she deduces that home life at the Anderson’s may not be that great. It’s telling that the boy would rather spend time with the woman who threatened to tie him up and leave him outside the wall than at home. When Carol confronts Pete, he is rude, slamming the door in her face and solidifying her doubts that Jessie and the boys are being abused. That, paired with Pete visiting Rick whilst drunk and bringing up Lori (of all people), puts the guy on the Tribe’s shit list.

Still, with the death of Aiden, Deanna’s son, Noah and Tara’s injury, both the Tribe and Alexandrians will soon be in mourning, and will be forced to figure out how to balance both value systems if they want to the safe-zone to work out for all of them.