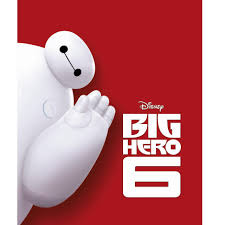 I always keep a weather eye open for films being released near holidays (namely Thanksgiving and Christmas), and this year will not be a disappointment. Here are seven movies coming out before 2015 that look terribly promising (and I wish I had the money to go see them all).

*Please note that the release dates listed are for the US. If you live elsewhere, please click on the title to see IMDB’s listing of other dates.

Ever since I saw the teaser trailer for Big Hero 6, I’ve known it was something I had to see. Not only does it look entertaining, but it’s the first animated film from Disney that is based on their recently acquired ownership of Marvel Comics. If you haven’t heard of the Big Hero 6 team before, don’t worry—it’s one of the more obscure comics, out-shined by the heroics of the big guys (Thor, Iron Man, that whole gang).

This came out just a few days ago in the US, so you can still be among the first to see the Disney/Marvel fusion. If you need motivation, just watch the teaser. Seriously, it’s the cutest thing.

This is the film that I have been waiting all year to see, and allow me to gloat a little when I say that we get it in the UK on the 14th of November. The Imitation Game is a World War II era biopic about star mathematician Alan Turing. We may not study him in our history books, but there is a very good reason why we should—it’s thanks to Turing that the British were able to break the “unbreakable” Nazi code, using the machine that Turing and his team built. It was, essentially, the first computer, and it helped the Allied Forces win the war, saving the lives of millions of people in the process.

Unfortunately, Turing’s life was not a terribly happy one. He was often bullied for being different, and was later prosecuted by the British government for gross indecency—also known as homosexual activity. In the stead of being imprisoned, he chose to have estrogen injections (chemical castration), a method believed by many at the time to “cure” homosexuality. Sadly, he ended his own life in 1954. It is only recently that the British government apologized for their treatment of him. He is also being hailed as a war hero, something that should have been done years ago. Hopefully, through this film and Benedict Cumberbatch’s portrayal of him, the world will soon know and appreciate the story of Alan Turing and his machine “Christopher”.

The Collective crew is serious about The Hunger Games. We have Mockingjay pins and do the three-finger salute and generally fangirl over both the books and the films. Needless to say, this is another movie that I have been dying to watch. I am always interested in book-to-film adaptations, and the previous two installments, The Hunger Games and Catching Fire, have been outstanding. It is interesting to note that they have chosen to make two films for Mockingjay instead of just one, which seems to be the “thing” to do. I find this fascinating, mostly because this was my least favorite of the three novels, and I’m curious to see what they will do to it now that they have an extra 2.5 hours to play around with. I feel as though they have already altered Katniss’s character slightly to fit better with her eventual meltdown, and am eager to watch it unfold cinematically.

That’s right, poppets. The time has come for the final installment of The Hobbit. I don’t think that anything more needs to be said. If you haven’t watched the previous two films, do so. Then we can all have Middle-earth marathons (extended editions, of course) and be happy/sad together in Tolkien nerd heaven.

I must mention that the first trailer makes me cry—it was genius to set it against Pippin’s song from The Return of the King. I still have goosebumps. If you have yet to see the most recently released trailer, check it out.

Though I have often prided myself as someone familiar with classic art, I am ashamed to say that I did not know the name of the painter J.M.W. Turner until moving to England. While I saw posters for this film in the underground, I had no idea of who he really was until after seeing the Turner exhibit at the Tate Britain. I have a weakness for films about suffering artists, and this movie focuses on his later years in life—it was a time when he was weak and ill, but it was also the most productive of his long career.

If you like art, and you can get over the fact that Timothy Spall is Peter Pettigrew, then this is a film you should endeavor to see.

That is my primary motivation to see this film. It doesn’t hurt that this third installment of the Night at the Museum franchise is set in London, either, but really, they should have stopped with just the one movie. That aside, I do very much love Robin Williams in any capacity, and he looks so much like Teddy Roosevelt that I get chills. While his is only a supporting role in these movies, he is a bright spot in an otherwise muddy comedy. May he rest in peace.

(Let it be noted that I love Owen Wilson. Also, Rebel Wilson appears to be making a cameo, and I’m okay with that, too.)

Be careful what you wish for! The famous Sondheim musical has been attempting to break through into film since the 1990s, and was finally picked up by Disney. If you don’t know much about the play, it may seem like a normal movie for Disney to make, since it is all about fairy tales. The twist is, of course, that the play doesn’t end happily. What happens after everyone’s wishes come true? Life isn’t exactly a fairy tale, as Into the Woods is quick to explain. (Well, as quick as a Broadway play can be.)

You never have to twist my arm to go see a musical, and this is an especially catchy one. I know where I will be on Christmas!

Have other movies you’re planning on seeing? Find me @ImpalaMutineers.