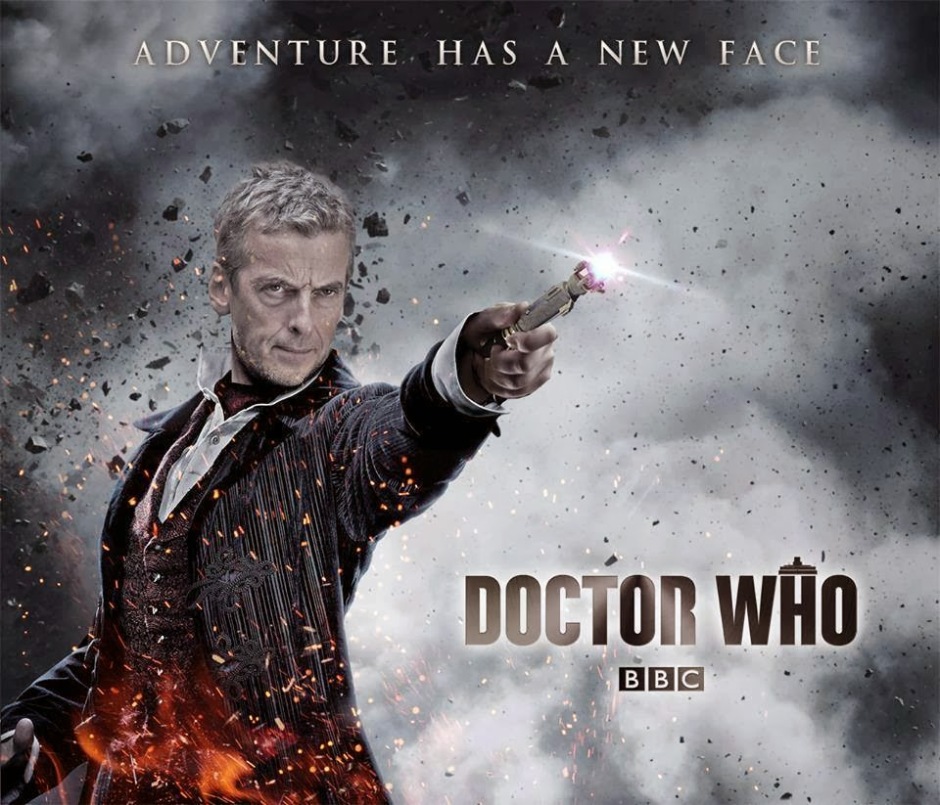 My British cohort, I call her Dame Dear Collectress, text me Saturday evening asking if I’d watched Doctor Who yet. I was driving home from LA, so I hadn’t, but she assured me it was very “ooooohhhh wweeeeee ooooohhhhh”, I believe were her exact words.

And so it was.

This week, the Whoniverse went crazy over the fourth episode from the 12th Doctor, and for good reason. “Listen” took us to the great mytharc that is the Doctor’s history, it took us to Gallifrey and it showed us that Clara may have had more of an impact on the Doctor’s timeline that we originally believed.

Ever since the news was announced that we were to have a recurring character of color in Danny Pink, I’ve been excited to see where he might fit in the Whoniverse, and I was not disappointed. Although we found out pretty early on that Danny is a soldier-turned-teacher who works with Clara and he seems to suffer from a mild-to-severe case of PTSD, it is unclear how he and Clara have interacted since “Deep Breath” and the invitation for a drink. Unfortunately, the pair’s chemistry seems off on their first date, and, even though Clara tries to back and fix it, the romance doesn’t seem to be there. When the Doctor picks her up (in the middle of said date) and asks her to interface with the TARDIS so they may travel on her timeline, they end up at the orphanage where a young Rupert “Danny” Pink is frightened and accosted by the thing under his bed, the very “monster” the Doctor has been trying to find. The second time she goes back to “fix” the date, she ends up whisked away by Orson Pink, Danny’s great-great grandson, who is also terrified of the thing outside his door, at the end of the earth. The themes of fear, not knowing and the connection of Danny to Clara are woven throughout this episode, but why?

Now, let me backtrack a bit. This storyline is interesting for a number of reasons, but what I’m interested in not where this new interface apparatus came from or why, I don’t even care about the thing under the blanket and where it went or what it was. To use Twelve’s catchphrase (we will make it happen) my QUESTION is, why the Pink family? Clara goes on one date with the guy ( a bad one, at that) and all of a sudden she’s telepathically connected to not only his history but his future, as well? Also, why did Clara keep the fact that she knew Rupert Pink a secret from the Doctor? It’s intriguing, because some fans have been complaining that Clara isn’t interesting and that she hasn’t done anything to show us that she was even really capable of saving the Doctor as she supposedly did when she hopped into Eleven’s time stream back in “The Name of the Doctor”. Now, all of a sudden, she’s keeping secrets from the Doctor, manipulating the TARDIS (which always takes the Doctor/his companion where they need to go), and meeting potential future great grandchildren? Wait. What? How is this all connected?

My theory? She will develop a longterm relationship with Danny at some point, and so her timeline is connected to his, which is why she ended up traveling up and down in so easily. From the moment she accidentally thought about him while interfacing with the TARDIS to when she gave a young Rupert “Danny” Pink a pep talk on bravery and the (family heirloom) toy soldier, she was connected to Danny Pink. If we think of how time and space works, besides the fact that it’s wibbley wobbley, we know that once a moment in time is changed, it effects everything along that timeline. By giving Danny the toy soldier, she implanted the idea that soldiers are brave, and he became one, forging a path that would lead him to the exact school where Clara worked, and then on a date with the insufferable teacher/space traveler/liar (he calls her out).

The Monster Under the Bed

So, then, what about this mysterious invisible monster the Doctor chases throughout the episode? Well, like all things ancient and confusing, this bedtime nightmare leads us back to Gallifrey, where we see a child Doctor, weeping, afraid of seemingly everything. Clara hides under the bed and, when the child Doctor tries to get up to see what the noise is (it’s the TARDIS), Clara grabs his ankle, thus starting the Doctor’s obsession with the monster under the bed. This was an eloquent addition to the Doctor’s time line and also an interesting look into the psyche of the Timelord. He has encountered so many terrifying monsters he could not see (the Weeping Angels, the Silence) over the years, that he believes if he hears something in the dark and it scares him, it must be a tangible entity out to do some sort of harm. When he tells Rupert “Danny” Pink to harness his fear and use it as a strength, we know he advises this because it is what the Doctor has done since he was a child in that barn, terrified of everything. When Clara tells the child Doctor that fear should make him be kind, we see that advice shining through, as well. The Doctor saves people, he saves planets; that’s his self-appointed job. Even after the Time War and all the mistakes he made as the War Doctor, he continues to work toward healing the universe rather than terrorizing it (as the Timelords and the Master tended to do).

“Listen” reminds us that there is a larger narrative, even beyond the seasonal story arcs, and it is the story of the Doctor. Within this episode, audiences are led to ask the question of how Clara Oswald, the Impossible Girl whom the Doctor has known and not known his entire existence, fits into his big picture.

Leave a Reply to The Collective Blog Cancel reply