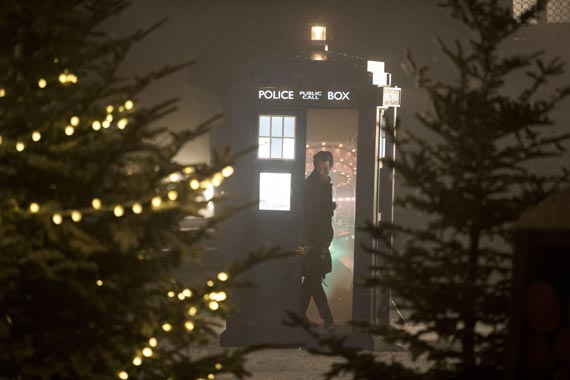 The Time of the Doctor

The Collective gals have been dreading this episode ever since the BBC’s announcement that Matt Smith was leaving Doctor Who back in June. For those of us who fell in love with Eleven fairly soon after he and his bumbling TARDIS crashed into Amelia Pond’s garden shed back in April 2010, the Timelord’s regeneration proved to be as emotional and as satisfying as we knew it would be. While I have enjoyed watching many different faces play the time traveling alien, Matt Smith was my Doctor. The Doctor with whom I began the journey through the time vortex and the one who sparked my interest in the wide Who-niverse of this brilliant television show. Matt Smith played Eleven as an ancient god; fierce and fun, sad and sweet, knowledgeable and knowingly forgetful all at the same time. He protected the innocent, never forgot a face and believed that everyone mattered. This is what led him to Trenzalore. (Spoilers ahead, sweetie!) 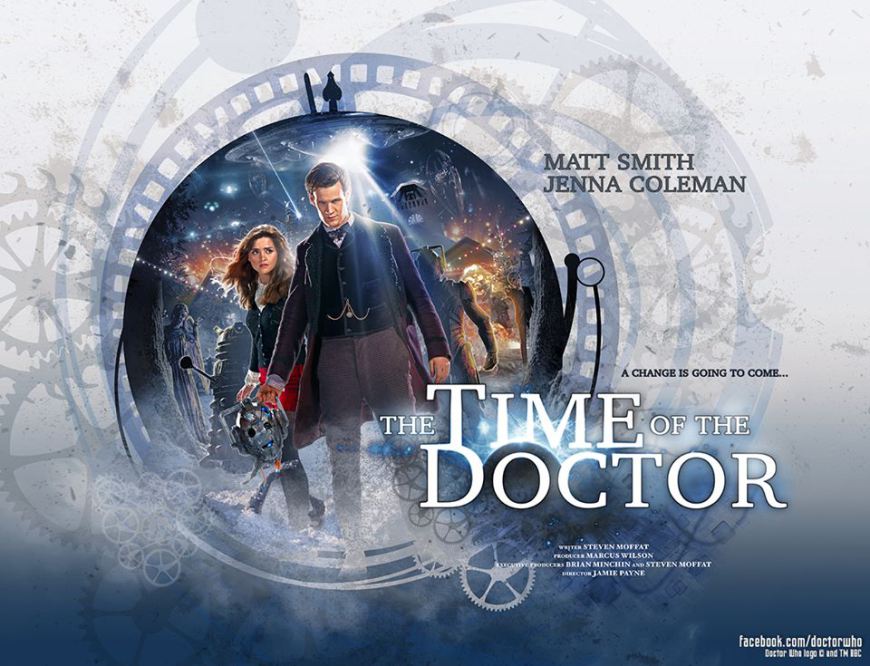 There is a lot going on in this episode. So much so, that I almost wanted to tune out the first 20 minutes, because it felt as if Moffat were force feeding audiences answers to questions we didn’t even know we’d asked. The episode begins with the Doctor, along with all of his worst enemies, attempting to translate a signal coming from a strange planet, which has been cloaked for its own protection by the Papal Mainframe. Now, in the story of Eleven, the Papal Mainframe, the Silence, Madame Kovarian, River Song, the crack in the universe and the Ponds are all connected and arguable Moffat’s shining opus. These plot points are the essence of Moffat’s time as headwriter for Doctor Who, and it seemed he felt the need to address each one in this hour-long Christmas special. I had hoped we would get as much time for this episode as we did for the 50th anniversary special–a full 75 minutes. Instead, Whovians were faced with the requisite 60 minutes to wrap up Moffat’s web of intrigue that is Eleven’s storyline.

This rush to tie pieces of Eleven’s history together turned into off-hand statements made by characters on-screen to each other in passing or exposition in the form of an off-screen narrator, both cheap tactics and less than what I would expect from Moffat at this point. When the Doctor is taken aboard the Church’s war ship after encountering both Cybermen and Daleks, the Mother Superius and cougar-hotty Tasha Lem (played by Orla Brady) along with flashes of familiar season 6 images tell the story of Eleven’s past. The fact that the Papal Mainframe is a peacekeeping sort of UN for the universe was hinted at when we first encountered the religious army at the crash of the Byzantium, but the importance of the order has never been explicitly stated til now. We find out that the Kovarian Chapter went rogue from this moment in time, and created River Song (whom the Doctor “totally married”) to prevent the Doctor from answering the oldest question in the universe. DOCTOR WHO?

When Tasha and the Doctor flirt their way (Eleven does have a type, doesn’t he?!) to the conclusion that he should go to the surface of this unnamed planet to uncover the origin of the signal, a story begins to take form. Clara and the Doctor head to Christmas, the (of course) English Victorian era town in which no one can lie and every day is a dark, winter night. When “Handles”, the functioning Cyberman head the Doctor seems to travel with when Clara isn’t around, reveals that the signal originates from Gallifrey, the Doctor realizes what is at stake. If he reveals his name in answer to the oldest question, the Timelords, who are apparently on the other side of the crack in the universe and creating this signal that every species across space can hear, will know they have the right place and come through the chasm. This will start the Time War all over again, with the Daleks, Cybermen, Weeping Angels and others enemies hovering in space above Christmas town on the planet Trenzalore, ready to attack. Yup. Trenzalore is the planet Eleven has avoided his entire regeneration, and the place that Clara and the Doctor visited in “The Name of the Doctor”, where his grave, as well as numerous others, reside. The Doctor makes a decision, swiftly sending Clara away with the TARDIS ala Nine/Rose and stays to defend Christmas.

In Christmas town, the Doctor is stuck fighting against rouge aliens who get passed the Papal Mainframe’s shield and attack. The Church wants to keep the Timelords in the alternate universe, the bad guys want to kill the Doctor and the Timelords and anyone who will get it their way, and the Doctor wants to keep peace on Christmas and keep the Timelords safe. When Clara is finally back by the Doctor’s side, hardly any time has passed for her, but he has been aging and watching over the town those 300 years. Without his “motor” and with the innocent citizens of Christmas caught in the crossfire of a potential Time War, the Doctor finds purpose in sticking around in one spot for a good amount of time. When Clara comes back to him, after traveling the time vortex on the wrong side of the TARDIS door, she attempts to convince him to leave and find another solution to save Christmas, making him promise never to send her away again. The Doctor follows his own #1 rule, by lying to soothe her, and promptly sending her out of harm’s way once again.  During his time in Christmas, the Doctor fights off nefarious aliens looking to keep the Timelords at bay and kill the Doctor before he brings them through. His home is in the basement of the same church where the crack is positioned, and his walls are covered with drawings illustrating the history of Eleven. It is touching and telling that, although the narrator tells us that the Doctor had forgotten any life before that in Christmas, the images in his home tell another story.

For a third time, Clara is summoned during the family Christmas dinner by the sound of the TARDIS. For her and audiences, it has been only a few moments, barely long enough to cook a turkey in the TARDIS console. For the Doctor, it is the end of his life. Tasha Lem pilots the TARDIS to pick up Clara so that the Doctor will not be alone when he dies, for the end is upon us. The Doctor informs Clara and viewers that he cannot regenerate again, he is the final face of the Doctor. As he goes to confront his enemies one last time, Clara begs the crack and the Timelords on the other side to save the Doctor, who needs no other name because he is the hero-healer of the universe. Outside, an elderly Eleven suddenly recognizes the symptom of regeneration are upon him. His firery regeneration juice knocks the Dalek ship out of the sky and pretty much destroys the offense against the town in a big timey-wimey bang. In the wreckage, Clara searches for the Doctor and ends up in the TARDIS, facing a reset Eleven, once again young and munching on fish fingers and custard. This is where the feels start to get me. Eleven/Matt Smith reminds Clara/Whovians that, no matter the changing face, the Doctor will always be the defender of Earth and he will never forget his time in that face. OOOOHHHH my heart. Whovians are treated with love and care, and Eleven gets a chance to say a proper goodbye. Even to Amy Pond! With a surprise appearance by this Doctor’s first and most beloved companion, Amelia Pond, “the first face this face ever saw” is back to see off her Raggedy Man. In a flash, Matt Smith is gone and replaced by Peter Capaldi, the 12th (13th?) regeneration of the Doctor, and with him comes a new story to discover. Clara and viewers are equally shocked to see this Scottish, not ginger Doctor–one who doesn’t like the color of his kidneys and who, apparently, doesn’t remember how to fly the TARDIS–wearing Eleven’s get up and flailing about the console room. Capaldi will be an interesting change of tone for season 8, one which I am looking forward to immensely. Still, I am sad to see Matt Smith go, but I promise to never forget my first Doctor. Thank you, Mr. Smith, for introducing not only me and my daughter, but a slew of American viewers, to the wonder of the Who-niverse and for reminding Whovians that change is welcome and expected, especially in the wonderful world of Who.

Enjoy a behind the scenes look at Eleven’s regeneration

Leave a Reply to Doctor Who: “Flatline”, Flat Episode | The Collective Cancel reply